After losing in 1992, George Bush wrote a letter to Bill Clinton. Trump should read it. 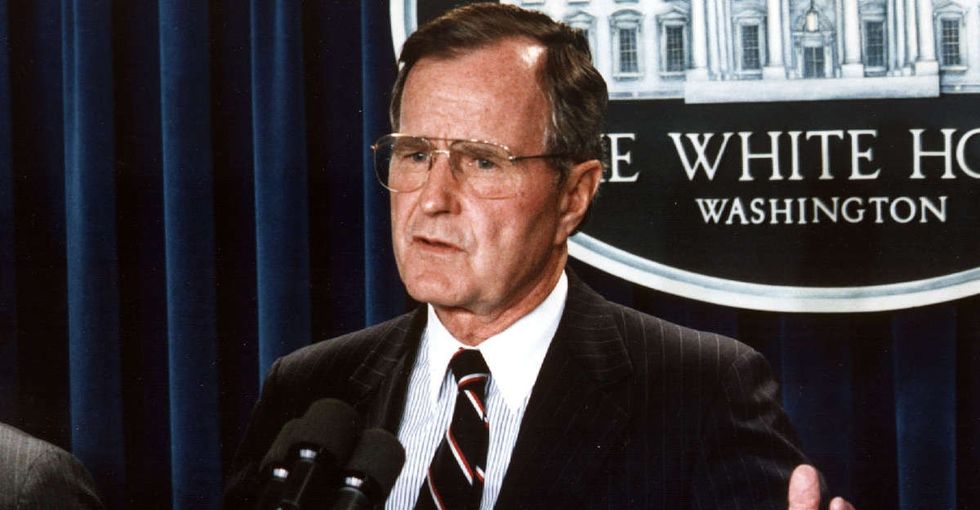 Donald Trump's refusal to commit to conceding the election in the third presidential debate is unprecedented in modern political history.

"I will keep you in suspense," the candidate said, hinting at the possibility that he might encourage his supporters to reject a potential loss.

This truly is a new and kind of scary thing.

Priming voters to regard the results of an election skeptically undermines faith that the vote itself is likely to be fair — a key reason why no candidate in recent memory has done so.

Even Al Gore who, in 2000, lost despite winning more votes nationwide and enduring a contested recount in Florida that was halted by a Supreme Court decision, ultimately conceded after exhausting all legal avenues to have the votes reviewed again.

It used to be different.

Nostalgia isn't always, or even often, accurate. Longing for a simpler time — when America was great and we all had better jobs, nicer houses, and got along perfectly — often requires ignoring some convenient evidence to the contrary.

But in this case, it's kind of true.

Nowhere is that demonstrated more clearly than in an old letter that surfaced on social media earlier in the week ahead of the third debate — from outgoing President George H.W. Bush to the man who defeated him, Bill Clinton.

Here's the text of it:

When I walked into this office just now, I felt the same sense of wonder and respect that I felt four years ago. I know you will feel that too.

I wish you great happiness here. I never felt the loneliness some presidents have described.

There will be very tough times, made even more difficult by criticism you may not think is fair. I'm not a very good one to give advice; but just don't let the critics discourage you or push you off course. You will be our president when you read this note. I wish you well. I wish your family well.

Your success is now our country's success. I am rooting hard for you.

1. It clarifies that Bush considered Clinton his political rival, not his enemy.

Like most Republicans and Democrats, Bush and Clinton disagreed on a lot. But by taking a magnanimous approach and welcoming Clinton into the office, Bush effectively conceded that they're both public servants trying to do the right thing — even if they have different ideas about how to get there.

2. It affirmed the centrality of the office, not the person who holds it.

Even after four years in office, Bush insisted that he still approached the job with awe and respect. He positioned himself as smaller than the role — as he argued any president should, regardless of political political persuasion.

3. It acknowledged that Clinton would be president of the whole country, including those who disagree with him.

In perhaps the most important passage of the letter, Bush reminded Clinton that he will be "our" — his and Barbara's — president, urging Clinton to consider the desires of those who opposed his election and work to make their lives better while setting an example for those voters who might not be inclined to accepted a Democratic presidency.

Writing this letter couldn't have been easy for Bush.

Losing any job to a rival after four years is tough. Losing the presidency — especially in an era where one-term presidents are frequently regarded by history as failures — probably hurts a lot more.

But he did it anyway for the good of the country, and that matters.