A teacher gave a student an 'F' and a smiley face. But she wasn't making fun of him.

There are several reasons students drop out of school; this woman isn't one of them. 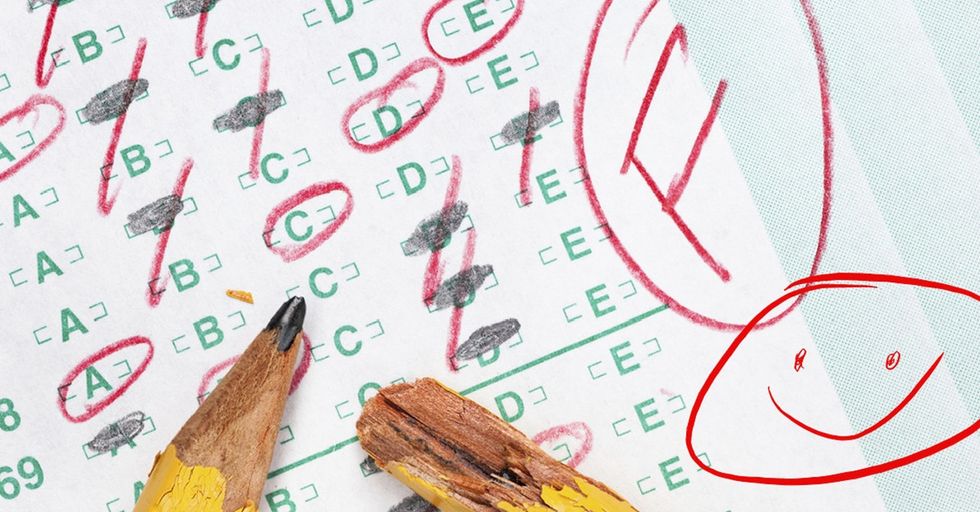