A study out before Halloween shows how terrified Americans are of Trumpcare. 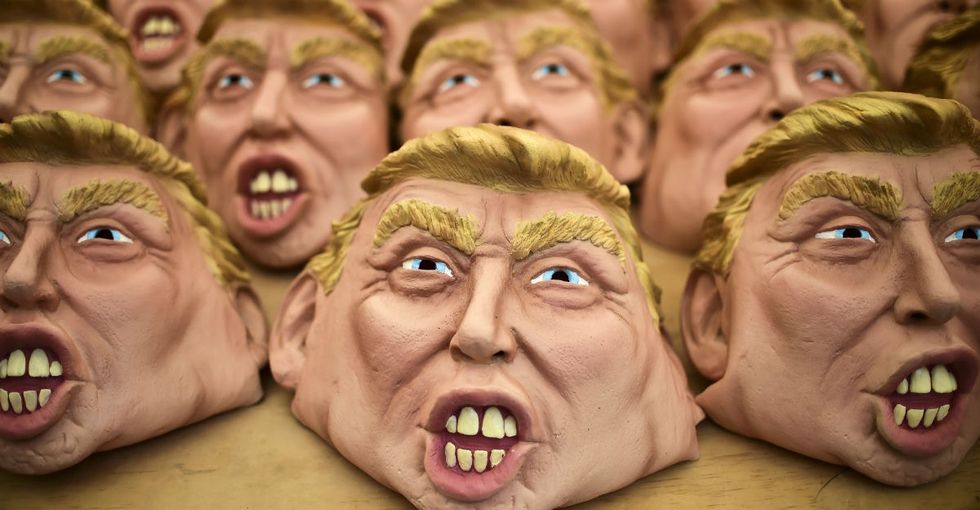 This Halloween, what's really getting Americans' skin to crawl?

Clowns, climate change, and nuclear war are all drumming up fears in the hearts of Americans — but apparently not as much as the prospect of losing health insurance.

An annual survey by Chapman University found that many respondents considered "Trumpcare" to be some truly spooky legislation.

According to the study, which gauged how fearful respondents were on 80 different topics — ranging from crime and the environment, to personal anxieties and technology — Trumpcare was the second most-feared item on the list, behind only "corrupt government officials."

Out of the 1,207 adults polled across the U.S., 55.3% of Americans reported being either "afraid" or "very afraid" of the GOP's attempts to repeal and replace the Affordable Care Act (Obamacare).

That's more than double the percentage of those who reported being fearful of sharks, public speaking, and even death itself.

Obamacare also made an appearance in the survey, although it's much further down the list. The current law of the land (which has helped provide health insurance to roughly 20 million people) still sends a chill down the spines of 33.9% of Americans. That figure marks a significant drop from last year — before Trump took office — when Obamacare was the 10th most feared item. Now, it's #29.

"The 2017 list of fears clearly reflects political unrest and uncertainty in the wake of Donald Trump’s election as president," the university noted, pointing to increased anxieties shared by many Americans on health care, nuclear war with North Korea, and the consequences of climate change.

What's so scary about Trumpcare?

The survey didn't ask respondents about why, exactly, any specific item gave them goosebumps. But it's not too surprising Trumpcare gives Americans the heebie-jeebies.

A jack-o-lantern carved into the face of Trump. Photo by Mark Ralston/AFP/Getty Images.

There've been multiple (failed) versions of health care legislation drafted by Senate Republicans — all vaguely falling under the term "Trumpcare" — with each one involving massive cuts to Medicaid and overhauling many of the protective provisions guaranteed through the Affordable Care Act. Every bill proposed would have resulted in tens of millions of Americans losing their health care coverage one way or another, CBO estimates found.

Frustrated with a flailing Congress, however, Trump is determined to dismantle the Affordable Care Act on his own. Earlier this month, the White House announced it was scrapping subsidies for health care companies that help provide insurance to low-income Americans. Without the federal government's help, premiums will likely spike, hitting poorer Americans hardest. The Trump administration is also hellbent on ensuring Obamacare enrollment drops, slashing budgets for advertising that notifies people in need of health care when they can sign up for Obamacare exchanges. Now that's spooky.

Clowns and sharks may fuel nightmares, but losing health care is what is really keeping Americans up at night.