A sister who takes care of her adult brother wasn't expecting anything more than an interview.

She got a heartwarming surprise instead. 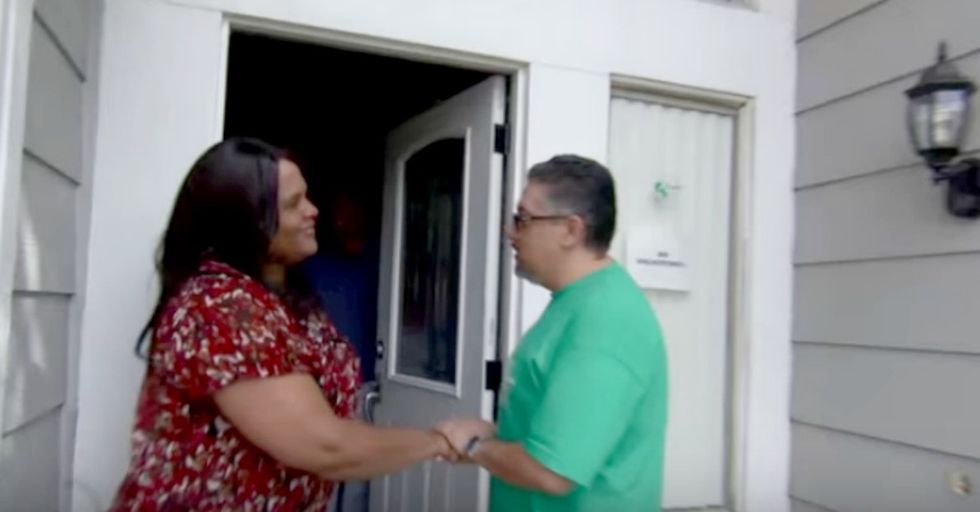 Camilla's mom had one wish when she fell sick.

She hoped Camilla would do whatever she could to look after her brother, Reggie, who has schizophrenia and intellectual disabilities.

Camilla took the request very seriously, and she brought her brother into her home to live with her. She took him to doctors, got him on the right medications, and began the work of helping Reggie have the best life he can have. At the time, he was afraid to be hugged or touched. Camilla had a long road ahead to help her brother.

In addition to daily life tasks, just spending time with loved ones to keep them mentally engaged is a big part of being a caretaker.

She said it was a point in her life where she realized it's not all about her, and her life became about something more.

A hug is sometimes more than just a hug.

When Reggie first moved in with Camilla, his disabilities made human contact intimidating to him instead of welcoming or reassuring.

But research shows that human connection can be a significant component of healing. It's not good for anyone to go without some kind of caring touch, and it's even more important for those who are ill or disabled to experience it.

A study published in 2006 reports that participants with various mental health concerns like stress, depression, and anxiety who participated in "healing by gentle touch" therapy consistently had significantly reduced amounts of stress following the therapy as well as higher levels of relaxation and coping skills.

Reggie has come a long way. Now he'll easily exchange warm hugs with his sister and with others. It's not just a nicety for him; it is a huge sign of growth and a big milestone regarding his quality of life.

This is the kind of selflessness that caregivers across America are demonstrating every day.

"An estimated 40 million adults in the United States have provided unpaid care to an adult or a child in the prior 12 months." — National Alliance for Caregiving and AARP

So, a local caregivers union wanted to pull together a little surprise for Camilla — to say thank you for her work with her brother, her involvement in homecare support networks, and to help energize her for her road ahead.

How can you pay it forward to a caregiver you know? Sometimes just a kind word or gesture here and there can make a huge difference for someone doing heroic things everyday.