A guy tried to mansplain why women should not dye their hair. It blew up in his face. 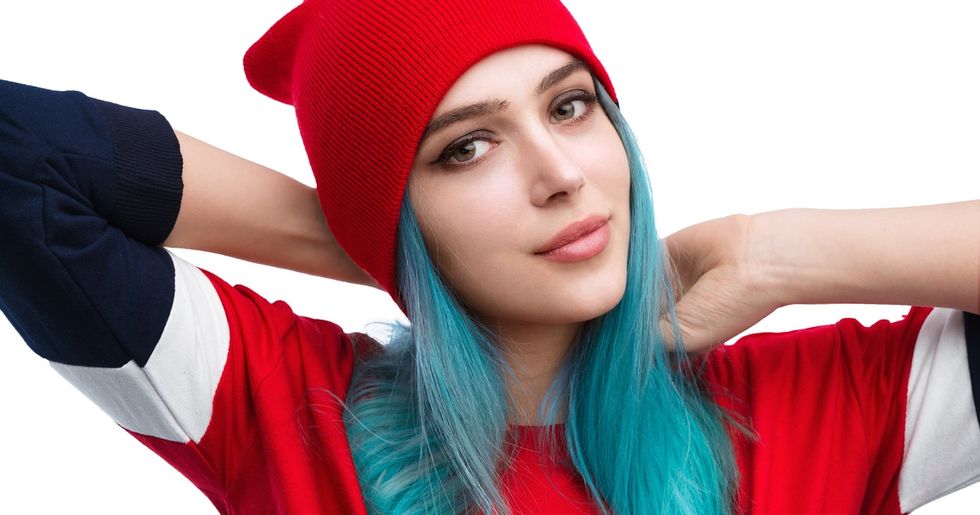 I'm not personally into shapewear, makeup, or styling my hair, but I don't care if someone else is. I have the utmost respect for anyone who arrives for work with a full face of makeup, liquid liner done masterfully.

I'd love to own makeup that isn't a) from CVS b) expired by several years, but I'm not there yet in my personal journey.

One Twitter user recently tried to police women's dye jobs and got destroyed for it. It's not enough that we maintain our hair and get it salon-dyed; it has to be dyed in a specific way so men can get off on it — otherwise it's not worth doing. Silly women!

@AJA_Cortes applied pseudo-evolutionary psychology 'logic' to women's colorful hair and people weren't having it. I guess watching "Fight Club" alone every Friday night isn't the same as earning a PhD in evolutionary biology.

If you're thinking ...'did he just use an evil comic book character to support his argument?' then you are correct! He did that.

Let's not forget the crucial involvement of @javafour, whose bio literally describes him as a 'patriarch':

Again, refer to the example of a homicidal fictional character. Duh.

Apparently Alexander is a trainer, writer, and speaker. He seems to peddle a self-improvement program for men that's typically misogynist in the red pill-, pick up artist-way. As far as Online goes, he's a dime a dozen.

Look at this taint scab in action:

Live action shot from speaking at the 21Convention I love public speaking and it is always thrilling to get on stage. I have never known the fear that most commonly experience, public speaking is stepping into power and my Being lights up it always feels like a transcendent and dare I say religious experience, there’s nothing else like it #publicspeaking #feelthepower #confidence #elocution #masculinity #redpill #immortality #mcm

As you can imagine, Twitter was quick with the replies — quick and savage.

@AJA_Cortes Be honest dude: the replies in this thread are the most attention you've had from women since the judge… https://t.co/Vfqg2gQ6sT
— Crommunist (@Crommunist) 1542409926.0

You're not gonna believe this, but he didn't get the science stuff right.

If he wants to be informed, he should add 'reader' to that Twitter bio. Maybe it's time to crack open a bio textbook and finally learn where girls pee from, hmm?

This article was originally published by our partners at someecards and written by Pamela Ross.