A furious Jimmy Kimmel slams the new GOP health bill in a monologue everyone should watch. 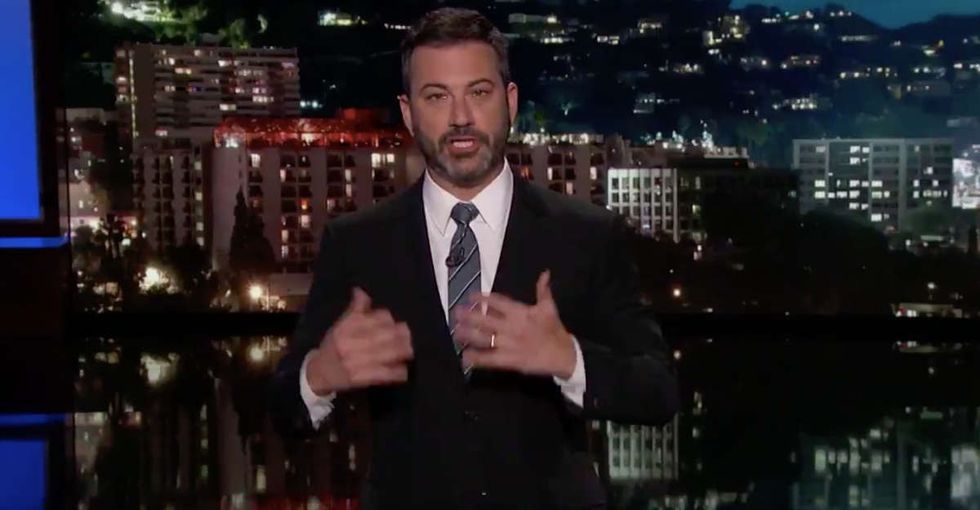 In a blistering monologue delivered Tuesday night, late-night host Kimmel accused the Louisiana Republican of coming on his show and lying "right to my face" about health care.

At issue: the latest Republican attempt to "repeal and replace" the Affordable Care Act, with a bill co-sponsored by Cassidy. This bill comes just a few months after Cassidy appeared on Kimmel's show in the wake of Kimmel's newborn son's open-heart surgery and his heart-wrenching monologue about the importance of health insurance.

"A few months ago, after my son had open-heart surgery, which was something I spoke about on the air, a politician, a senator named Bill Cassidy from Louisiana, was on my show, and he wasn't very honest. It seemed like he was being honest. He got a lot of credit and attention for coming off like a rare, reasonable voice in the Republican Party when it came to health care for coming up with something he called — and I didn't name it this, he named it this — the 'Jimmy Kimmel Test,' which was, in a nutshell, no family should be denied medical care, emergency or otherwise, because they can't afford it."

Kimmel argued that instead of passing Cassidy's Jimmy Kimmel Test, the new bill cruelly rips away many of the protections Cassidy promised to uphold.

"Now, I don’t know what happened to Bill Cassidy. But when he was on this publicity tour, he listed his demands for a health care bill very clearly. These were his words. He said he wants coverage for all, no discrimination based on pre-existing conditions, lower premiums for middle-class families, and no lifetime caps. And guess what? The new bill does none of those things.

Coverage for all? No. In fact, it will kick about 30 million Americans off insurance. Pre-existing conditions? Nope. If the bill passes, individual states can let insurance companies charge you more if you have a pre-existing condition. You’ll find that little loophole later in the document after it says they can’t. They can, and they will.

But will it lower premiums? Well, in fact, for lots of people, the bill will result in higher premiums. And as far as no lifetime caps go, the states can decide on that, too, which means there will be lifetime caps in many states. So not only did Bill Cassidy fail the Jimmy Kimmel Test, he failed the Bill Cassidy Test. He failed his own test. And you don’t see that happen very much."


The proposed law, as drawn up by Cassidy and three other GOP senators, would indeed drastically weaken many of the Affordable Care Act's consumer guarantees, much as Kimmel described it.

According to an NPR analysis of the bill, states could indeed waive the Affordable Care Act's essential benefits requirement and allow insurers to charge customers with pre-existing conditions more or reject them outright.

Additionally, states could permit insurers to reinstitute lifetime coverage caps, limiting the amount they pay out over a customer's lifetime.

Cassidy responded to Kimmel shortly after the segment aired, disputing the host's characterization of the bill and encouraging his colleagues to vote for it.

"We have a September 30th deadline on our promise. Let’s finish the job," he said in a statement provided to Vox. "We must because there is a mother and father whose child will have insurance because of Graham Cassidy Heller Johnson. There is someone whose pre-existing condition will be addressed because of GCHJ."

It is difficult to imagine that will be enough for Kimmel, who concluded by pleading with his audience at home to "call [their] congressperson."

The future of health care in America could hang in the balance.