5 'Big Bang Theory' actors agree to a pay cut so their female co-stars can earn more. 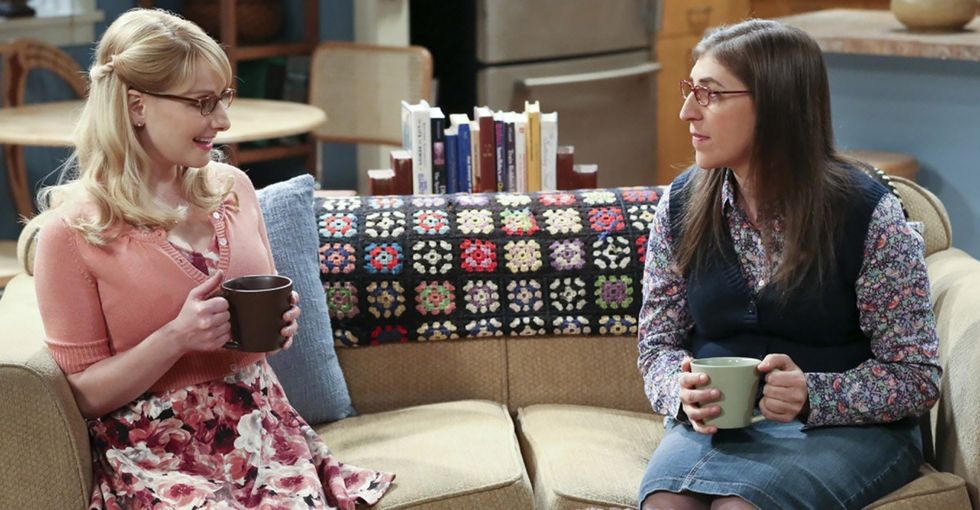 When two of the female co-stars of "The Big Bang Theory" stood up for equal pay, their coworkers didn't just mumble the usual supportive platitudes.

According to a report in Variety, the show's five original cast members each agreed to take a $100,000 per episode pay cut so that Melissa Rauch and Mayim Bialick — who joined the cast in season three — could get a raise.

With an extra $500,000 per episode allocated to the two women, their salaries would rise to $450,000 — less than half of what the original five actors presently earn but more than double their original rate. Contract negotiations are ongoing.

As in many industries, women in TV and movies are frequently paid less than their male co-stars.

While none of "The Big Bang Theory" players are hurting for cash regardless of the pay disparity, not all actors make bank like the stars of a hit network TV show going on 10 seasons. And if pay inequality can happen to people on the higher end of the pay scale, where they have agents and managers advocating on their behalf, it can (and does) happen to people at all levels of pay.

That gap reflects, among other inequities, female actors' shorter earnings peak and fewer opportunities to star in big-budget film franchises and hit TV shows. Part of the reason Rauch and Bialick earn so much less than their castmates is because the show only added them to its male-dominated lineup three seasons into its run (though they officially became part of the main cast in season four).

In 2015, Sony found itself embroiled in scandal after hacked e-mails revealed that "American Hustle" leads Bradley Cooper and Jeremy Renner were paid more than Amy Adams and Jennifer Lawrence, who was nominated for an Oscar for her role.

Women who ask for raises tend to get them less often — across a wide variety of fields.

A 2016 study by the University of Wisconsin, the University of Warwick, and Cass University found that although women ask for pay increases at roughly the same rate as men, they get them 25% less frequently. Additional research shows that women who do ask are perceived as "greedy" more often than their male colleagues.

Bialick and Rauch are reportedly continuing to press Warner Bros. TV and CBS to get closer to actual parity. And more women in Hollywood are speaking out about unfair treatment.

Scarlett Johansson recently revealed to Marie Claire magazine that her status as highest-grossing actress of all time "does not mean I'm the highest paid." And after the "American Hustle" scandal broke, Jennifer Lawrence was even more blunt about advocating for herself going forward in a letter published in Lenny:

"I'm over trying to find the 'adorable' way to state my opinion and still be likable! Fuck that. I don't think I've ever worked for a man in charge who spent time contemplating what angle he should use to have his voice heard."

Hopefully, "The Big Bang Theory" negotiations are evidence that more men in the industry are finally waking up to what their female colleagues have struggled with for years.

The fact that the show's four men — and one woman — are opening up their own pocketbooks in support of their co-stars is an encouraging sign.

As more movie and TV stars start talking a big game about supporting pay equity, some are finally putting their money where their mouth is.