11 years later, this rockstar finally wrote about his parents' murder. It's heartbreaking. 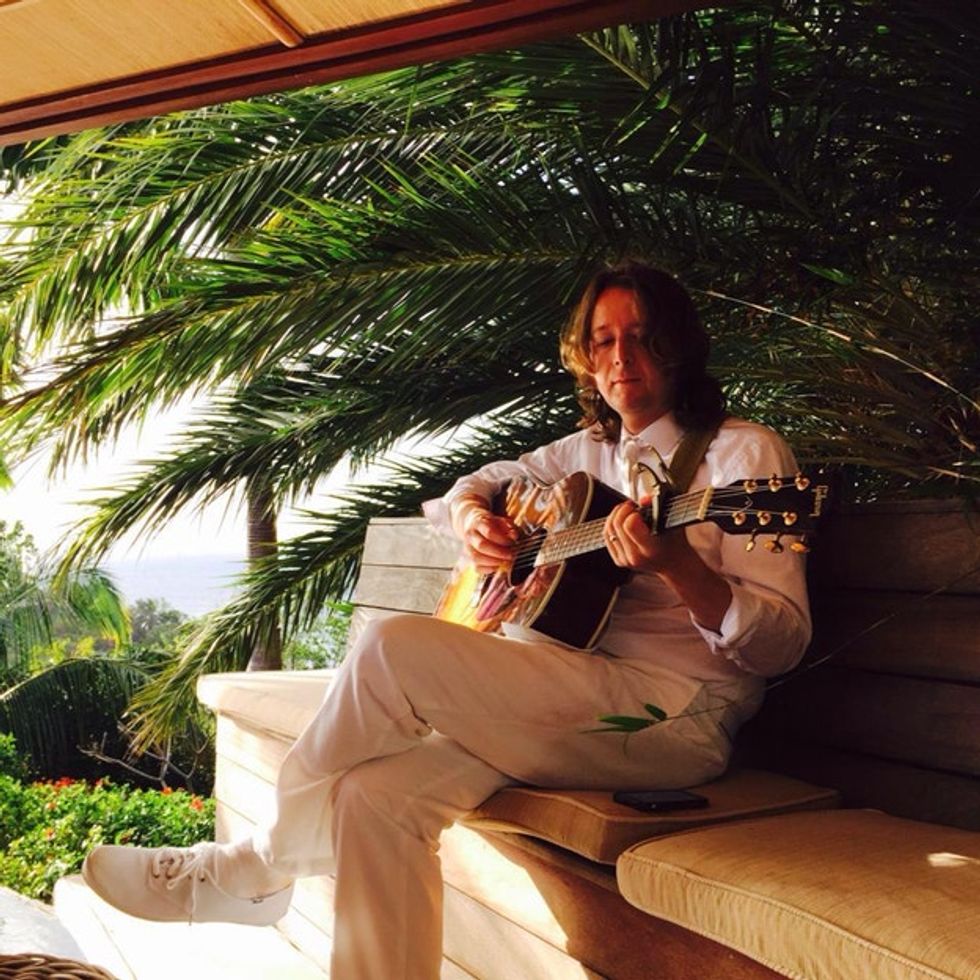 Eric Donnelly will never forget the phone call that came on Feb. 2, 2005.

He was 25 and his band, The Alternate Routes, was getting ready to record their first full-length album for a record label. Things were looking up.

Then, a desperate heroin addict entered his family's jewelry store just before closing time and brutally murdered his parents, Tim and Kim.

The killer and his accomplice were eventually caught, tried, and found guilty. But no apology or justice could ever bring Eric's parents back.

A young Eric, playing music with his father. Photo courtesy of Eric Donnelly, used with permission.

As years went by, Eric continued on with his life as well as he could. But he always struggled with how to share this tragic story.

Although The Alternate Routes continued to grow in popularity — their songs have been heard everywhere from "NCIS" to the closing ceremonies of the 2014 Winter Olympics — Eric could never quite figure out how to write a song about what happened to his family.

"The song, in some way, shape, or form, is something I've been trying to work on for years," he told Upworthy. At points, "there were verses about Trayvon Martin and Sandy Hook, and I realized I was writing outside of myself. I said, 'This isn't any good. This isn't achieving anything.'"

Eric finally decided to put the idea of a personal song aside.

Another horrific shooting did inspire the band's biggest hit to date, albeit indirectly. "Nothing More" was written for the organization Newtown Kindness, founded in honor of Charlotte Helen Bacon, a victim of the Sandy Hook shooting.

But even then, "Nothing More" was specifically about the charity's mission to encourage acts of kindness, not the acts of gun violence that have affected Eric and countless others like him.

But after his son was born in December 2015, Eric again returned to the song he'd abandoned so many times before.

"Having a son raises the stakes," he told Upworthy. "And that was the catalyst for finishing the song. Having my son around, I said: 'You know, you gotta figure out what you're trying to do here. Every time you go to work on your music, it better be important because that's time you're not spending with your son.'"

Once Eric found the chorus hook — "Somewhere in America / A phone's about to ring" — the rest of the song fell right into place.

"It is very personal and autobiographical, but that's not really the point of the song," Eric explained. "The reason for the song being out there is not just to get that story across, and looking for sympathy, or to remember [my parents]. It's more to kind of make the connection that these kinds of things happen every single day."

"The phone call metaphor really resonates with people," he added.

Eric Donnelly gets an early guitar lesson from his late father, Tim.

But the real kicker comes in the final verse, when the song shifts from Eric's father's final moments to his son's formative ones:

With no fanfare or promotion, The Alternate Routes released "Somewhere in America" on YouTube just in time for Father's Day 2016 — and the mass shooting in Orlando.

They weren't expecting it to coincide with the aftermath of another awful tragedy — but then, that was also kind of the point.

"I thought by putting it out there, it was something that could alienate a lot of people. But I've been surprised at the reaction, at how many people are contacting me to talk about losing family members to all kinds of senseless violence," Eric said. "Even if people aren't able to agree with [the song], it seems like they can empathize with it."

"The song was me trying to say that something's gotta change," Eric said.

"My story's 10 years old, and another story like it happened today, and another one is going to happen tomorrow," he added. "It's not preachy or political, but the longer we wait, the more this is happening."

Check out "Somewhere in America" below: