11 Spanish missions that have lots of stories to tell, but only if we let them.

How much longer will these structures be around? 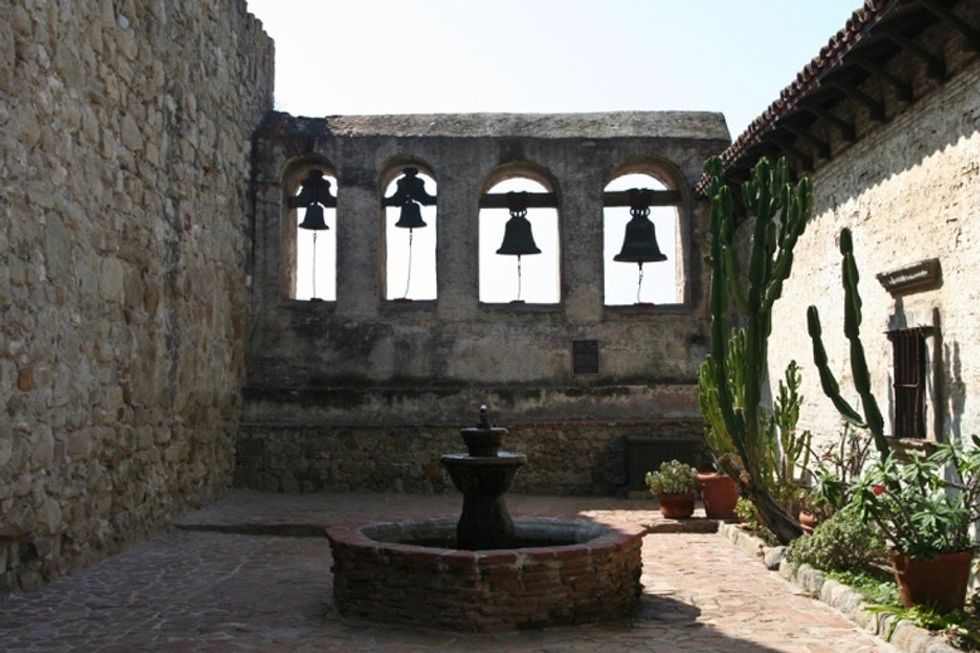 There are 21 historic mission landmarks along Highway 101 in California — known as El Camino Real or The King's Road — beautiful yet dilapidated buildings with rusty bells and adobe walls.

These landmarks are Christian missions established between 1769 and 1823 during the Spanish colonization, when the Spanish arrived with the intention of spreading Christianity by converting indigenous people.

These missions have many stories to tell but are in dire need of preservation.

The paint on the walls is chipped to the point of no return. You can see the little effort that goes into their upkeep by the dust collected on the shelves displaying the artifacts, if any, that remain. If these missions were being sold, the description on their conditions would most likely read "as is."

Here are 11 iconic Spanish missions erected by Catholic priests and other religious leaders along El Camino Real that are in desperate need of our attention:

1. Mission San Juan Capistrano, the seventh of nine missions established by Father Serra, was designed in the shape of a cross.

3. Built in 1769, Mission San Diego de Alcalá was the first mission in the Southwest. The garden still has olive trees that are centuries old.

4. Mission San Gabriel Arcángel, is located 9 miles east of downtown L.A. and has walls that are five feet thick.

5. Named for King Louis IX of France, Mission San Luis Rey de Francia is considered the most elegant of all the California missions.

6. Mission San Francisco de Asís (also known as Mission Dolores) is located in the heart of San Francisco and is often called the oldest building in the city.

8. Mission San Buenaventura is home to two Redwood bells, the only wooden bells among the missions.

9. Named for a 13-year-old martyr, Mission Santa Inés has an impressive collection of clothing and church records.

10. Mission San Juan Bautista is named after John the Baptist and was a popular place to study the fine arts.

11. Located at the foot of Mount Tamalpais, Mission San Rafael Arcángel first served as a sanitarium for people suffering from disease or depression.

While the missions have controversial and painful histories, they have lots to teach us.

The missions represent a forced type of civilization that perhaps the indigenous did not want at first — or ever. Just the same, they're some of the last visual remnants we have of early colonization in the American Southwest.

In California, the preservation of the missions and their archives and artifacts like these are left up to private organizations using donations that trickle in. There's a different sentiment in Mexico, where the missions are considered an integral part of the nation’s history and Mexico's Instituto Nacional de Antropología e Historia, or the National Institute of Anthropology and History, is responsible for caring for these structures.

A group of about 20 experts from the U.S. and Mexico met at Mission San Gabriel near San Francisco in early June 2016 to discuss how to move forward with a conservation plan.

The University of California-Mexico Initiative's Arts and Cultures Working Group is putting up $25,000 to fund a binational summit to keep these buildings around, with the goal of considering the common history and heritage of the missions and think of new ways of both preserving and presenting the missions to the public.

We didn't get to choose our historic landmarks. But we can choose to take care of them.They are an integral part of our past, and you can help keep them thriving by donating to the California Missions Foundation. As the Foundation so eloquently puts it, "We can save the California missions today for tomorrow."