Woman's story of psycho ex who tried to 'trap her' with a baby shows why women must have the right to choose. 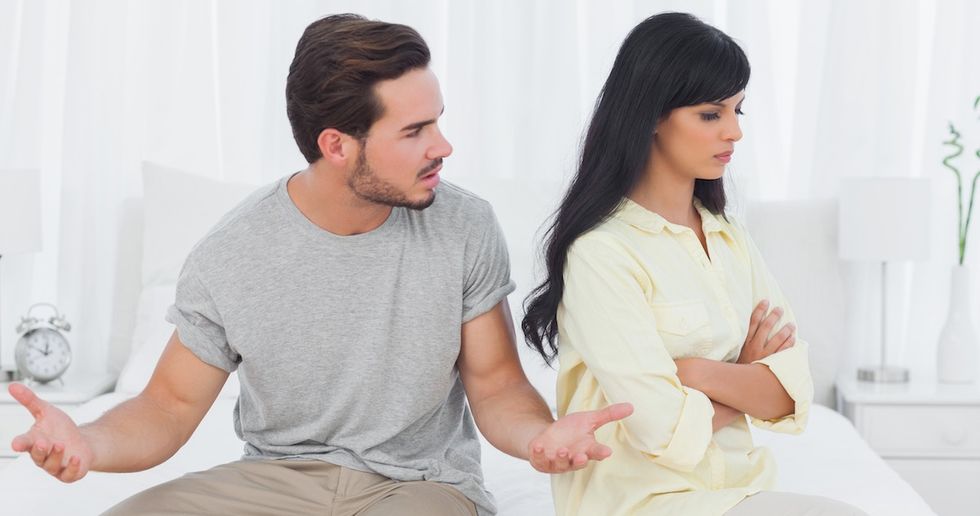 Women across the country are sharing their stories in response to the recent legislation in states of Georgia, Alabama, Ohio, and now the Missouri Senate banning abortion.

Many are opening up in hopes of enlightening people about how common and necessary the procedure is. While others are sharing in hopes of making other women feel less alone, particularly those currently living in the states seeking to criminalize abortion.

Twitter user Brie shared a personal story about an abusive ex boyfriend who poked a whole in a condom in order to "trap her" in the relationship.

During their second time having sex he poked a hole in the condom when she wasn't looking, and when she bought a home pregnancy test and saw the results, he got excited and admitted it was on purpose.

When Brie's friend took her to a women's clinic to confirm the pregnancy, they accidentally stumbled upon one of the many Christian centers posing as a women's health clinic.

Rather than receiving comprehensive medical care, Brie was given a lecture about how abortion was murder, and would land her in hell.

Since she was a minor, she was forced to go in front of a judge in order to receive rights to go through with an abortion

When she was granted rights to her own abortion, the procedure itself only took roughly five minutes to remove the embryo. However, the process of going to court and getting lectured at a "women's clinic" was much more traumatic.

The manipulative boyfriend pulled a knife on her when she initiated a breakup, and proceeded to stalk her for a decade after she dumped him. The only thing that stopped him from staying on her trail was a full-on arrest from the police.

She went on to share that she fully believes if she had given birth, he would have had more legal leeway to trap her in his life, and eventually she believes that would have led to him killing both her and the child.

Brie revealed that this was the first time she's shared her story publicly, and while it's terrifying to open herself up like this, it's worth it if it makes one woman or girl feel less alone in their situation.

Other people jumped onto the thread to commend Brie's openness and share similar stories of their own.

A few people also gave shout outs to Brie's ride-or-die friend, who drove her to the appointments and remained a rock.

Women should never feel like they have to air out their personal stories for the sake of humanizing a decision. But I do hope that as more women open up, more people listen, and others feel less alone.

She made him act out his reaction to seeing the photo, saying he was "speechless," and when she looked at the photo she started crying. McLeodd recognized her mother because of the pictures Menzies keeps in her room. Cue the "awws," because this is so cute, I'm kvelling.
From Your Site Articles
Education