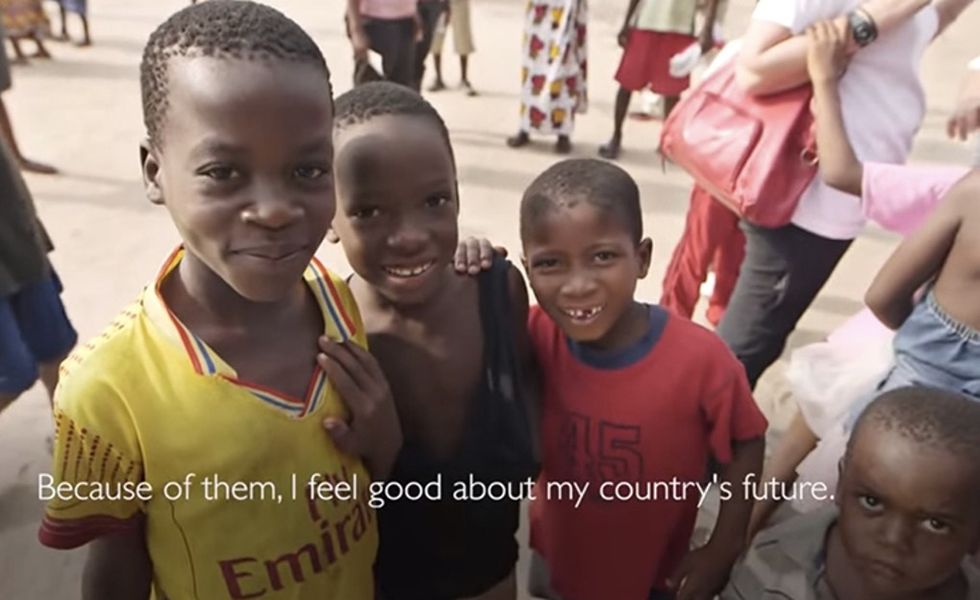 In September 2014, the CDC estimated that up to 1.4 million people could contract Ebola by January 2015.

To be fair, that was a worst case scenario. And even then, the director of the Centers for Disease Control and Prevention said he doubted that would happen. But the point remains the same: Things were not lookin' good.

"If conditions remain unchanged," explained the CDC, "The situation will rapidly become much worse."

But thankfully, that never happened.

Within a couple months, health officials said they no longer thought those most terrifying estimates would come to pass. The Ebola crisis was far from over, but the tide was beginning to turn.

Why? In part, because of the brave efforts of people like Sister Maria:

Sister Maria has been working with Liberian villages, focusing on caring for the hundreds of children who were orphaned by the Ebola outbreak. She's lived in Liberia for 37 years and calls the country home.

Volunteers like Sister Maria, who are on the ground working with West African communities, were — and are — crucial to healing the region.

"We really want to help these countries build up their health systems," explains Denise Rollins, USAID's Ebola coordinator. That way, "whatever comes down the road next, their countries are able to handle these crises."

All images from USAID.

It's not just about getting the number of Ebola cases down to zero, it's about supporting the communities to make sure this type of thing never happens again.

Of course, the work wouldn't be possible without international aid — organizations like USAID and International Medical Corps have been providing aid to the region for some time now. Describing a food delivery that came in late December 2014, Sister Maria said, "Today, you took my nightmare away."

Though the Ebola outbreak never got as bad as it could have, the story is far from over.

What does the aftermath look like? Many children lost their parents. Others lost their jobs or have no food to harvest because they weren't able to plant their crops. Infrastructure crumbled.

"Not only do we have the health crisis," says Denise Rollins, "We have the economic crisis that occurred." Communities in the region are now working with volunteers to regain food security, re-establish markets, and rebuild the infrastructure.

But the people of West Africa are not giving up.

For the children and for the future of their countries, they carry on. "Because of [the children]," says orphanage director Harriet Queniseer, "I feel good about my country's future. It's hopeful."