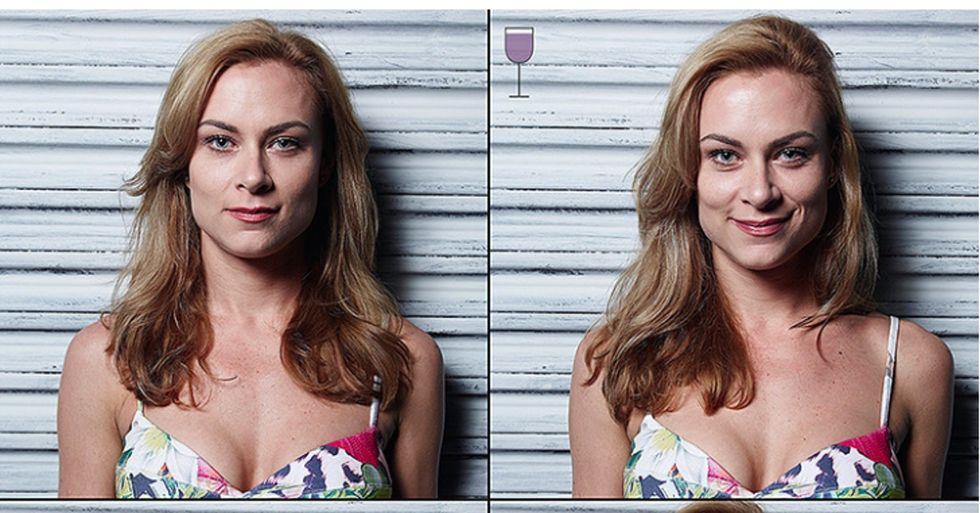 This article originally appeared on 08.06.19

"The first picture was taken right away when our guests (had) just arrived at the studio in order to capture the stress and the fatigue after a full day after working all day long and from also facing rush hour traffic to get here," Alberti explained on his website. "Only then fun time and my project could begin. At the end of every glass of wine, a snapshot, nothing fancy, a face and a wall, 3 times."

Why was the series so popular? Anyone who has ever had a long day at work and needed to "wine" down will quickly see why.

All photos by Marcos Alberti, used with permission.

The Brazilian photographer said he wanted to determine whether three glasses could radically change his subjects' moods.

"There is a saying about wine that I really like and it's something like this," he said. "'The first glass of wine is all about the food, the second glass is about love and the third glass is about mayhem.' I really wanted to see it for myself if that affirmation was in fact true."

Can you figure out what this doodle is?