Viola Davis made history and spoke out about inequality in her stirring Emmy acceptance speech.

'You cannot win an Emmy for roles that are simply not there.' 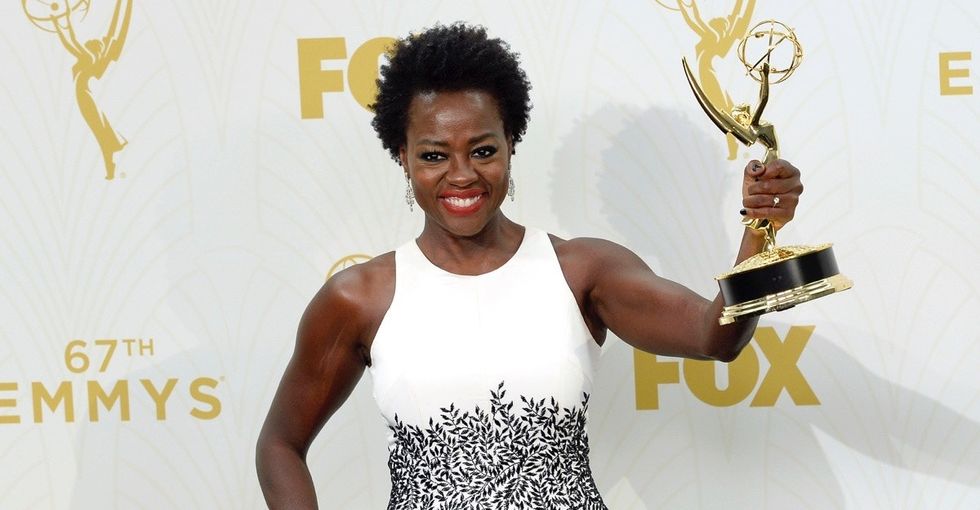 At the 2015 Emmy Awards, Viola Davis made history by taking home the award for best actress in a drama series.

The "How to Get Away with Murder" star became the first black woman to win best actress in a drama and used the opportunity to speak out about inequality in Hollywood.

She began by quoting Harriet Tubman.

"The only thing that separates women of color from anyone else is opportunity."

Her next words extend far beyond the world of acting, pointing to an issue affecting women of color in all fields: opportunity. For many, it's simply not there.

And she's right. History shows that women of color simply don't get the types of opportunities white women do.

New Yorker TV critic Emily Nussbaum pointed out that before 2012, it had been decades since a black woman starred as the lead in a network TV drama.

Davis closed with a nod to writers and others who push back on stereotypes and beauty standards.

The speech was quickly hailed as one of the best in recent awards show history.

Joining her were women like "Scandal" star Kerry Washington,

and "Scandal," "How to Get Away with Murder," and "Grey's Anatomy" creator Shonda Rhimes.