Trump seriously wanted an alligator moat at the border. Footage shows Obama mocking the idea in 2011. 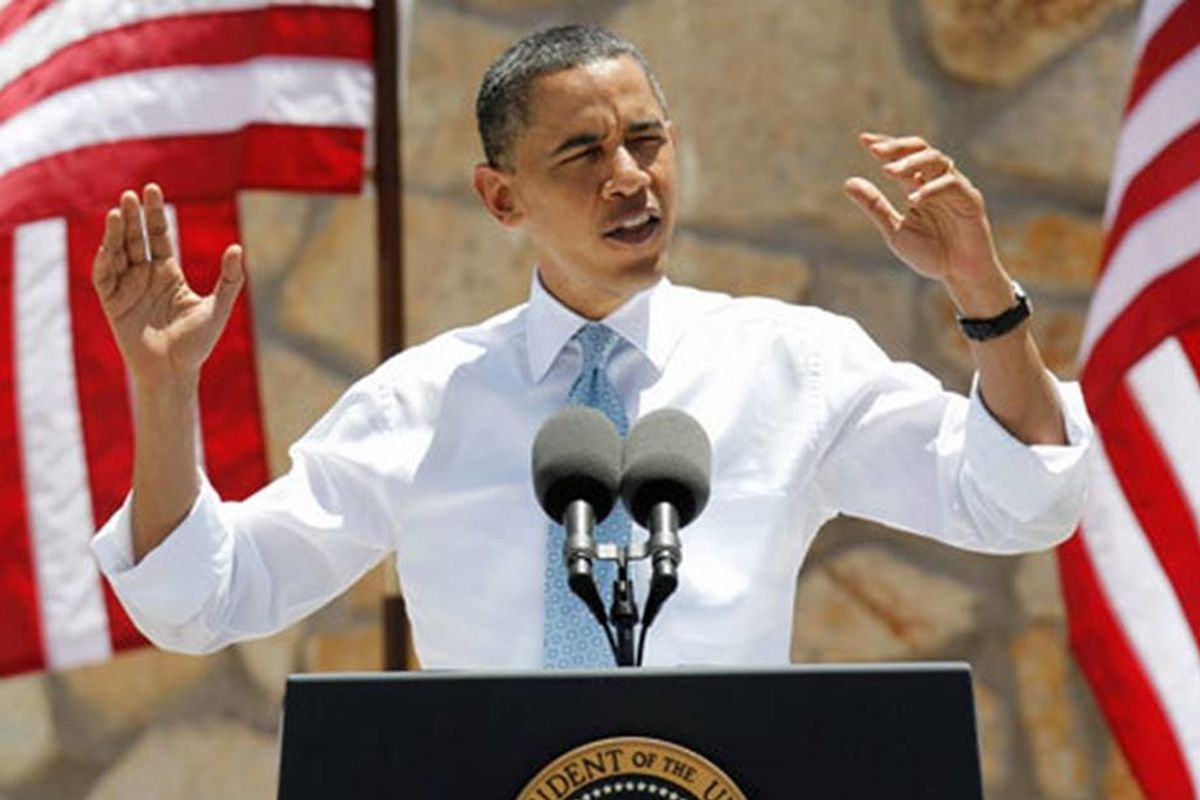 There are too many differences between Barack Obama and Donald Trump to list them all. But a recent Trump controversy exemplifies how the two differ in their basic humanity.

On Tuesday, a chilling report in The New York Times showed just how far Trump is willing to go to secure the U.S.-Mexico border.

In a March meeting, Trump was fuming about undocumented immigrants crossing the border so he proposed some ideas that are so extreme they seemed to come from the Middle Ages.

Privately, the president had often talked about fortifying a border wall with a water-filled trench, stocked with snakes or alligators, prompting aides to seek a cost estimate. He wanted the wall electrified, with spikes on top that could pierce human flesh. After publicly suggesting that soldiers shoot migrants if they threw rocks, the president backed off when his staff told him that was illegal. But later in a meeting, aides recalled, he suggested that they shoot migrants in the legs to slow them down. That's not allowed either, they told him.

The idea that Trump has no problem shooting, impaling, and feeding migrants to man-eating reptiles shows a complete lack of respect for human dignity.

It's no wonder his administration thought that separating families at the border was somehow acceptable.

Now the press is trying to sell the fact that I wanted a Moat stuffed with alligators and snakes, with an electrified fence and sharp spikes on top, at our Southern Border. I may be tough on Border Security, but not that tough. The press has gone Crazy. Fake News!
— Donald J. Trump (@realDonaldTrump) October 2, 2019

In light of the controversy, footage has emerged from 2011 when President Obama made a speech at the border in El Paso, Texas in which he joked about Republicans wanting a moat filled with alligators at the border.

During his speech, Obama boasted about the upgrades he had made in border security, including more agents, completion of some fencing, and increased cargo screenings. But he said that no matter what he does, Republicans will still want more.

"We have gone above and beyond what was requested by the very Republicans who said they supported broader reform as long as we got serious about enforcement," Obama said.

"But even though we've answered these concerns, I gotta say I suspect there are still going to be some who are trying to move the goal posts on us one more time," he continued.

Trump made it reality.

Obama's claim that the GOP wants alligators and a moat at the border was a joke that mocked the GOP's obsession with undocumented immigrants.

RELATED: Another research study proves what we already knew: Deportations have no affect on crime

Further, the fear of undocumented immigrants committing crimes is largely unfounded, because study after study shows they commit fewer crimes than native-born Americans.

Unfortunately, anyone who wants alligators at the border probably hasn't much use for facts.