Thrilling penguin news! Chile is killing an iron mine that would harm the waddly birds. 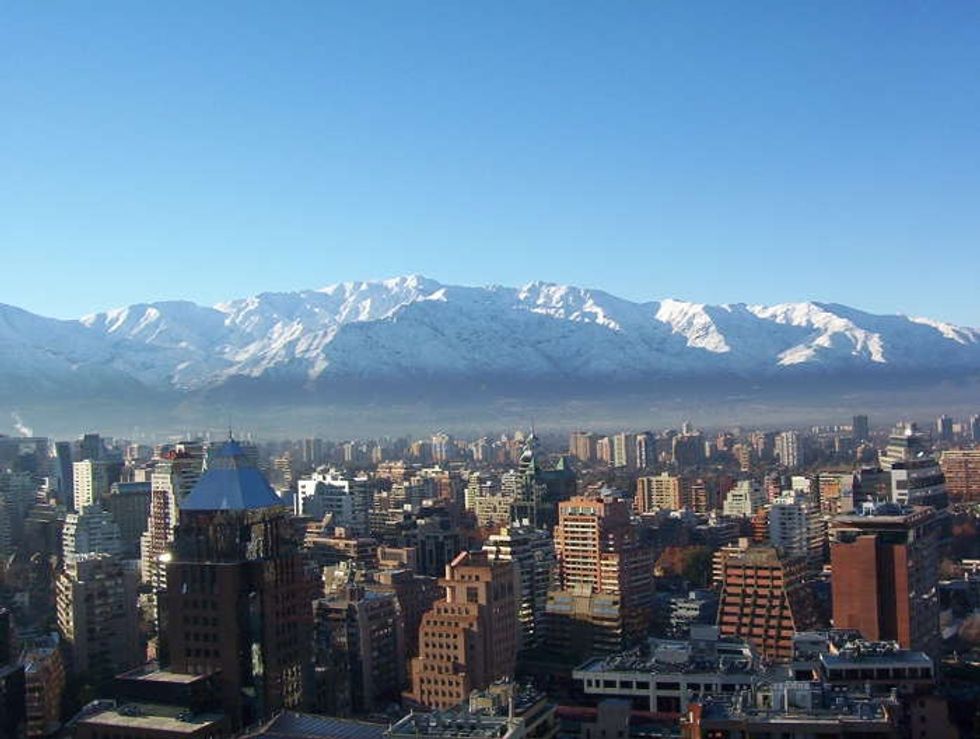 Ah, Chile. While not typically top of mind for the average American, the unassuming coastal strip has quietly become a sort of ... yang to our yin. The delicate floral sucking candy to our taste-bud-annihilating chocolate-caramel-peanut butter-sour-red-hot mouth bomb.

And, increasingly, they are the #RESIST window sticker to America's MAGA hat.

While the Trump administration rolls back LGBTQ protections, Chile's president is touting a marriage equality bill. While dozens of U.S. states are trying to regulate out as many Planned Parenthood clinics as the law will allow, Chilean lawmakers recently relaxed the country's abortion ban, which was one of the world's strictest (though their new law carves out several exceptions, the procedure is still largely banned in Chile, but still — progress!).

Now, the skinny South American nation is once again playing the U.S.'s bizarro world doppelganger — by siding with a bunch of penguins in a dispute with a mining company.

According to an AFP report, Chile recently killed a $2.5-billion iron-mining project to save the health (and, potentially, lives) of thousands of the waddly little birds.

The project was slated to be built just south of three islands where over 80% of the world's Humboldt penguins live and would include a port to ship iron all over the world. A review by 14 agencies found that the plan failed to sufficiently guarantee that the animals would not be affected.

"We are not against economic development or projects that are necessary for the country's growth, but they must offer adequate solutions for the impact they will have," Environment Minister Marcelo Mena told the AFP.

Blowing up this mountain in Virginia to get at the coal underneath seems fine. Photo by Mario Tama/Getty Images.

In August, the Interior Department outlined a plan to prioritize oil extraction over efforts to protect the greater sage-grouse, a grassland bird that looks like the result of an unforgettable evening between a peacock, a porcupine, and a tarantula.

Earlier this year, the National Oceanic and Atmospheric Administration, under President Trump, canceled an Obama-era rule designed to protect whales and sea turtles from fishing nets.

Meanwhile, the Trump administration wants to blow up mountaintops so badly they've stopped studying whether doing so is detrimental to the health and safety of animals — and human beings — that live nearby.

It's not just Chile stepping up either, at least where safeguarding the natural world we all share is concerned.

Just ask the 195 other countries that signed the Paris Climate Accord — which commits parties to holding the Earth's temperature rise below two degrees Celsius — that President Trump announced the U.S. would soon be leaving.

It all adds up to a pretty clear message: The rest of the world is getting with the program, while the U.S. government is sitting here, arms folded, hoping rare birds can adjust to a coal dust and jagged pebble diet.

Want the U.S. to get back on the bandwagon? You can let your elected representatives know how you feel and help out groups, like the Environmental Defense Fund, that are pushing back against regulation rollback.

In the meantime, thanks to their friends in Chile, a few thousand penguins are getting to celebrate the news of a lifetime. It may not be happening in the U-S-of-A, but it's a Hollywood ending all the same. (Anyone know how to say "Morgan Freeman" in Spanish?)