This 'witty' woman taunted the law on Facebook. The law won. 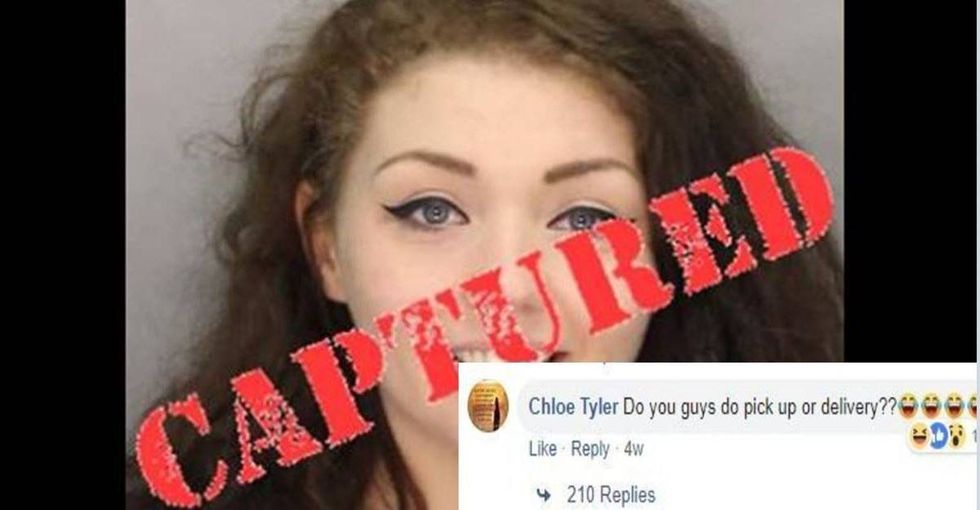 There are certain people who just suck at social media. The types who get into comment fights and then announce they’re “taking a break” or close and reopen their accounts multiple times a week.

Then there are the those who taunt the police on Facebook.

The esteemed Chloe Jones made it to the March 27th Greene County Pennsylvania Sheriff’s Office “Top Ten Most Wanted List” and failed to take the honor in stride.

Instead, she taunted the authorities with a joke that was actually pretty funny, but probably did her more harm than good.

She then went on a rant claiming she couldn’t make it to her court date because she was sedated at a hospital in nearby Morgantown, West Virginia.

The charade ended 11 days later when the Greene County Sheriff's Office announced it had captured Jones with the help of an anonymous tip. It’s not known whether the tip was caused by the Facebook rant.

“Ms. Chloe Jones and her witty comments are taking a hiatus from our Facebook comments section due to the jail not having internet for her to use,” the sheriff's station  wrote. “Thank you to the citizens of Greene County, Monongalia County and many others for your tips that lead to her arrest. Morgantown Police were able to take her into custody this evening.”