This French soccer star's harrowing tale as an immigrant is beyond remarkable. 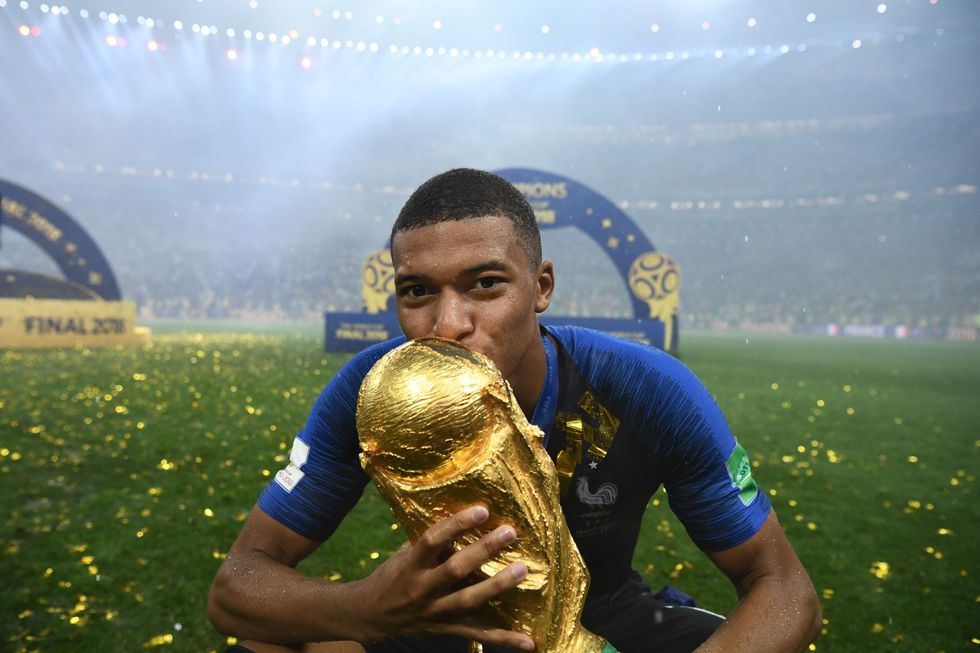 On July 15, France won the 2018 World Cup, but the real winners of the tournament are immigrants.

The French team won the prestigious tournament for the first time since 1998 with the majority of their team comprising players of African or Arab ancestry.

One of those star players is Kylian Mbappe. At 19, he became the youngest player since Pelé to score a goal at the World Cup final. He won FIFA's "Best Young Player" award after his win against Croatia and has also already been dubbed the next Cristiano Ronaldo.

But what makes Mbappe stand out isn't his impressive footwork and achievements. It's the obstacles he had to overcome.

Mbappe, like a lot of his teammates, comes from an immigrant family: His father originated from Cameroon and his mother, Algeria. But more notably, Mbappe grew up in a banlieue (considered a derogatory term for "suburb") on the outskirts of Paris.

The soccer star's backstory is significant considering that, in recent years, French society has not been too kind to African and Arab immigrants and their children.

Since the 1980s, the French government has zoned off certain banlieues to immigrants coming from African and Arab countries. In these neighborhoods, about 36% of the residents live below the poverty line — tripling the national average. The unemployment rate is at 28%, twice that of France's national average.

It gets even worse for French Muslims, as their society continues to alienate them with head-covering bans and draconian anti-terrorism laws. In fact, while Muslims are only 10% of the French population, they make up 60-70% of France's prison population.

Mbappe serves as a beacon of hope for young children in France's poorest neighborhoods.

Despite being born in the country, the children of African and Arab immigrants still struggle to escape the second-class citizen treatment. Even professional soccer player Karim Benzema, a French-born son of French-born parents, finds that he is not considered to be a true French citizen due to his Algerian background. "If I score, I'm French. If I don't, I'm Arab," Benzema reportedly said a few years ago.

But for young kids in banlieues, Mbappe is proof that triumph and acceptance can be in their own fates. In an interview with Al Jazeera, several children from Mbappe's home banlieue of Bondy expressed what France's World Cup win means to them.

"It makes me proud because he comes from the suburbs like me," Yanis Jean, a 14-year-old, told the news organization. "I want to be like him one day."

Loutfi Bechareff, 17, said that Mbappe has now made Bondy a recognizable neighborhood in Paris. "It makes me so happy because Mbappe comes from here so when people ask me where I play, I say AS Bondy and they immediately know where I come from."

From Your Site Articles
Inclusivity

Software developer Angie Jones' recent girls trip revealed that America still has a long way to go when it comes to race.

To most, that's not surprising. But what's unique is how the specific experience Jones and her friends went through revealed the pervasive way systemic racism still runs through our culture.

Jones is the Senior Director of Developer Relations at Applitools, holds 26 patented inventions in the United States of America and Japan, and is an IBM Master Inventor.

On July 27, she tweeted about a flight she took with nine other Black women and they all sat in first class. "People literally could not process how it was possible," she wrote. "Staff tried to send us to regular lines. Passengers made snide remarks. One guy even yelled 'are they a higher class of people than I am?!'"