This 83-year-old spent his life helping others. After a stroke, he found himself in need.

Julius Gaines devoted his entire life to helping others. After a stroke, he needed a little help himself. So Meals on Wheels stepped in. 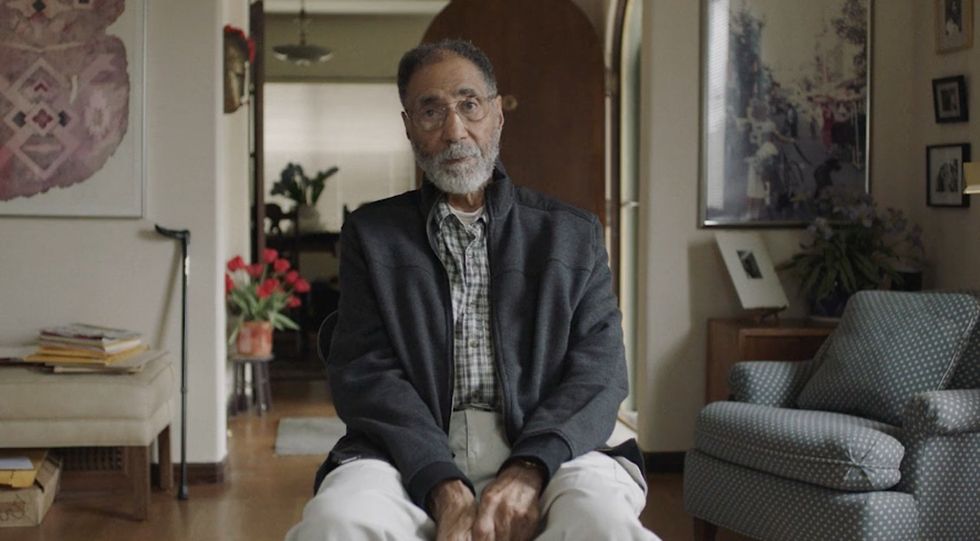 83-year-old Julius Gaines has always thrown himself into everything he's involved with.

A Berkeley graduate, Julius spent most of his career as a psychologist in the Berkeley school district. In 1982, he pioneered the development of a program to help kids develop healthy ways to process their emotions during difficult times (it had the cheerful acronym WINGS — winning, interacting, noting, growing, smiling).

All images via Ad Council/YouTube.

His work to help others didn't stop there. He was also a community organizer in Oakland, forming a committee that encouraged community members to invest in and protect their community.

"I just wanted to be helpful," he humbly told Upworthy. And he definitely was. Under his leadership, the committee lasted for a number of years.

Chatting with Julius now, it's clear his days are still full. He's one of those people who always has a million projects going.

He's on the board of his neighborhood association. He's creative and spends a lot of his time exploring and indulging this creativity. He's written a book of poems to mourn the loss and celebrate the life of his aunt. He's dabbled in photography and recently started using some of his photographs to print cards. And people like his work; he has a number of orders that he's in the process of filling. And more than anything, it's obvious he loves to learn and challenge himself. When he wrote his book, he had no idea about the process.

But he made up his mind to do it and dove in.

But things aren't as easy as they used to be. A normally independent person, he's found himself in need of assistance after suffering a stroke and battling health issues.

He jokingly said he spends his days at the Kaiser Medical Center. His health is at the forefront of his mind. It's the one thing keeping him from moving at lightning speed at all times. He relies on Meals on Wheels to give him the freedom to continue living his life, his way.

That's the thing about getting older. Your body sometimes tells you no.

And when that happens, organizations like Meals on Wheels step in to ease the burden on someone's plate. And for an independent person who is used to not only taking care of himself, but helping to take care of others, it's an invaluable service.

Julius is grateful that Meals on Wheels has freed him up to take care of his health and continue doing the things he wants to do. He can't consistently make his own meals and shop, so he needs to rely on Meals on Wheels for that.

His stroke and health difficulties haven't taken over his life, but they've become a big part of it. It's a reality he deals with head-on, similar to how he approaches his projects. He says:

With all of the projects on his plate filling his busy days and presenting fun and new challenges, Julius is definitely swimming.