These clothes are comfy and stylish and can make life much easier for kids with autism. 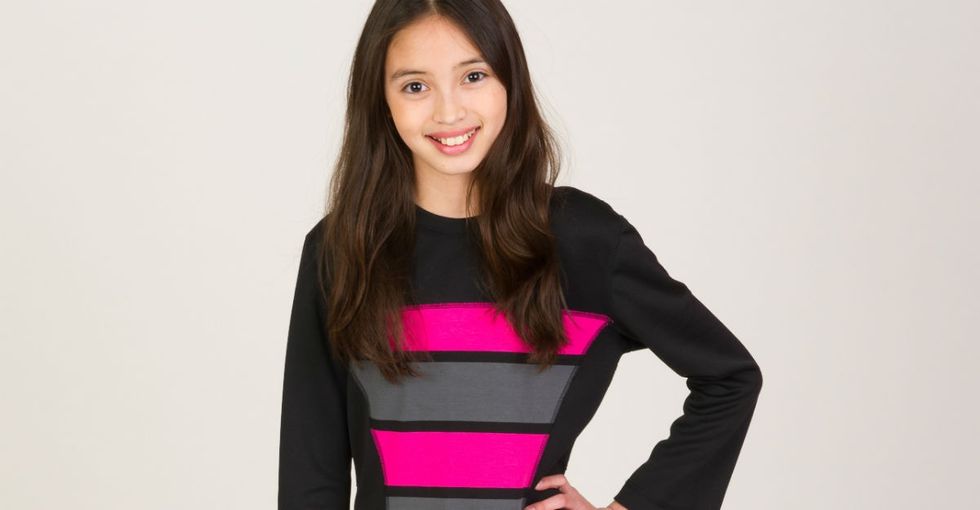 Like every parent, Lauren Thierry wants her son to be independent.

That includes the ability for him to dress himself without getting frustrated.

"A lot of people with autism have issues with fine and gross motor skills," Lauren, whose son, Liam, has autism, explained to ABC News.

"I know it sounds like such a non-issue. And yet, if your kid can't get dressed, they can't get out of the house. You start to realize mom is not going to live forever."

Lauren and her son, Liam. Photo courtesy of Lauren Thierry.

That's why she created a clothing line designed specifically for kids with cognitive impairments and physical disabilities.

It's called Independence Day Clothing. And it's awesome.

They may just look like a stylish group of kids. But their clothes are unique in subtle and important ways.

Essentially, there's "no way to wear it wrong," Lauren says.

The clothing line is filled with items made with super-sensory-smooth (aka very comfy) fabric and without a clear front or back so that kids can put them on whichever way they please.

Many items are also equipped with GPS devices.

Having a child wander off unsupervised can be a nightmare for any parent, but it can be especially troublesome if that child has autism. Independence Day Clothing includes tracking technology in several of its items, putting moms and dads at ease.

"Anytime I want to know where my child is, I whip out my iPhone — there's an app right there," Thierry told HuffPost Live in March 2015. "Four seconds later, I know exactly where [my son] is."

Lauren also has other cool items in the works, like sweaters, unisex shorts, and socks with no heel or toe seam.

These clothes may be innovative. But to Lauren, her work comes down to simply wanting what's best for her kid.

While some may consider Independence Day Clothing "revolutionary" — as one media outlet proclaimed — she told Upworthy she sees it otherwise:

"What I did was not revolutionary. It was simply something that had to be done. Like the moms in the 1960s who safety pinned mittens to their kids coats before there were mitten clips. The moms did it because those 'kittens' might lose their 'mittens.' Revolutionary? No, just 'mom sense.'"