The video of a United passenger being dragged off a flight raises 3 big questions. 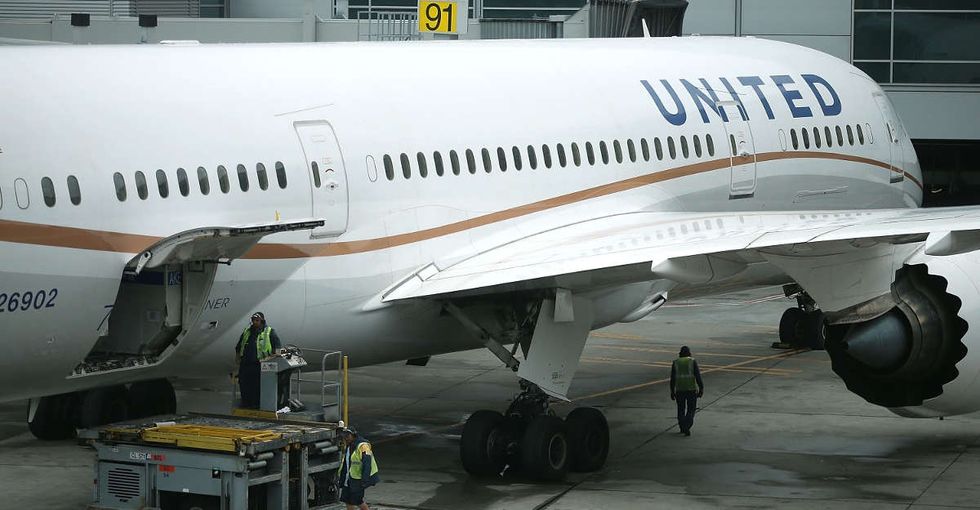 Video footage of police officers dragging a screaming man off a United Airlines flight after he refused to give up his seat is sparking outrage and raising questions.

The man was randomly selected by the airline's computer system to be removed from the Louisville, Kentucky-bound aircraft to make room for United employees who were attempting to catch a connecting flight.

Passengers were reportedly offered $800 to disembark and be rebooked on a flight the next day, but no one accepted the offer.

The incident was captured on video, which ricocheted across social media.

United says the passenger was asked several times to leave the plane before the police stepped in to remove him.

"Our team worked as much as possible to have him deplane without having to involve law enforcement," a United spokesperson told Upworthy.

Bystanders' ability and willingness to record confrontations with authorities on their smartphones has changed the way we perceive and talk about events like these.

More importantly, these recordings force us to confront critical issues like:

1. Do police try to de-escalate situations like this? Or are they simply in the business of applying force?

The airline declined to provide detail on how the removal took place, referring questions to law enforcement. According to witnesses, however, the man went limp as officers pulled him down the aisle, suggesting the impact had perhaps knocked him out.

Later, the same witnesses reported, the man re-boarded the plane bloodied and apparently dazed — though the Chicago Police Department maintained, in a statement, that the police were called after the "passenger in question began yelling to voice his displeasure" and was taken to a local hospital to be treated for his injuries. The question remains: What, if any, steps were taken to tone down the situation before the police resorted to physical force?

How many airline passengers would have known they are at risk of being forcibly removed from a plane for not giving up their seats on request, if not for this video?

2. Should airlines even be able to overbook flights and boot passengers from flights they've paid for?

United says it followed Department of Transportation procedures for removing the passenger.

@USAnonymous Flight 3411 from Chicago to Louisville was overbooked. After our team looked for volunteers, one customer refused to leave ^MD
— United Airlines (@United Airlines)1491820591.0

Furthermore, United's contract of carriage states that it has the right deny any passenger the right to board a flight if it is oversold. But how does that apply to customers who have already boarded the flight?

Airlines have pretty broad authority to boot passengers for safety reasons, but if you've paid for a ticket on a certain flight at a certain time, why should the airline have the right to remove you once you've already boarded? Let alone to make room for its own employees?

These recordings raise the question: When push comes to shove, what rights should airline passengers have?

3. Why are there rules restricting how much money airlines can offer people to give up their seats?

Federal law limits the amount of compensation airlines can offer to bumped passengers to $1,350 — an increase from the $800 limit prior to 2011, but still a cap. Apparently, United didn't go that high (their offer stopped at $800) before deciding to have police eject the passenger. But for enough money, could they have gotten someone to take the offer?

What's the purpose of setting a limit in the first place? Should airlines be able to offer passengers as much money as they want if they really need to clear the space? Wouldn't that be preferable to potentially forceful interactions with passengers?

We might not even know to wonder if this interaction hadn't been caught on tape.

A United representative says the airline is reaching out to the passenger to address the incident.

In the meantime, it's doubtful we'd be having this conversation at all if bystanders hadn't used the technology in their pockets to record the event as it was happening.

It's a good thing we have them.

Update 4/11/2017: This article has been updated to remove a video that is no longer available.