The President Just Signed A 1,603-Page Bill. Here Are Some Of The Awful Things Congress Hid In It. 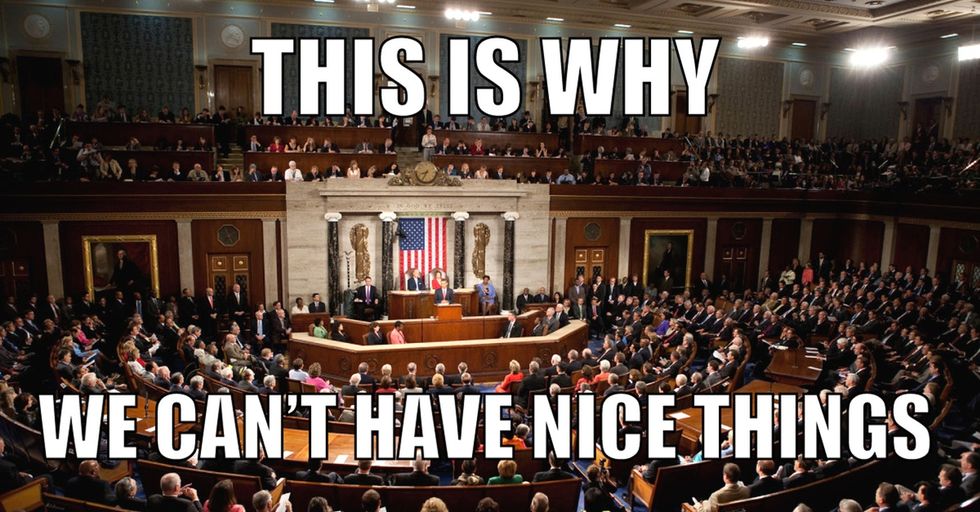 Last week, congressional leaders struck a deal to avert another government shutdown and put off our next completely avoidable, 100% self-imposed budget crisis until next September. The deal gained the backing of the White House, survived populist revolts in the House and Senate, and was signed into law by President Obama on Tuesday night.

There's just one problem: The bill is absolutely packed with riders that have nothing to do with the budget and everything to do with paying back special interests and opening more channels for political money to flow directly to the two major political parties.

Since this bill is over 1,600 pages long and I'm not a sorcerer, I can't list every single one of those things just yet. But I can highlight the five most awful ones I've come across so far.

It's all mapped out in this video, and again in the transcript below in case you prefer your budget analysis in article form and/or don't want to get busted watching YouTube videos at work. (Just click "show transcript.")