The pope has some blunt opinions about taking care of the Earth. 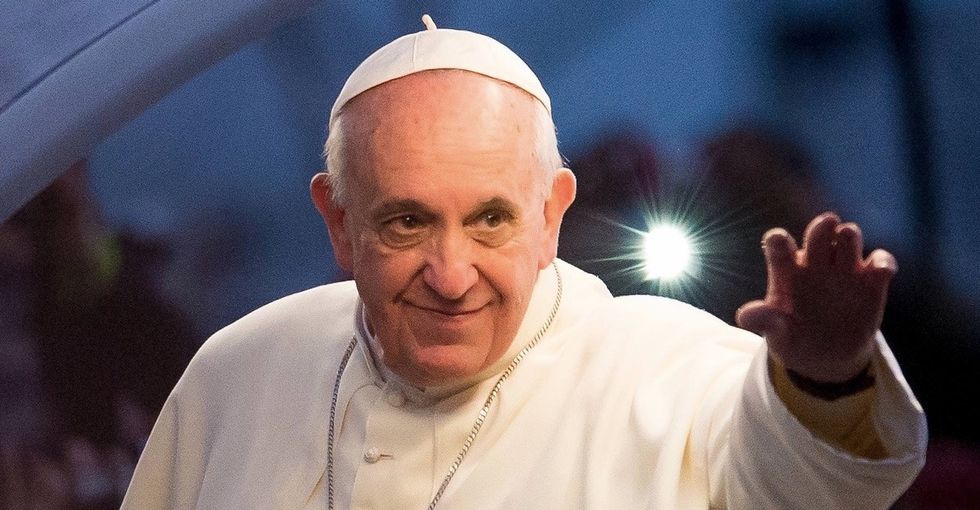 It's not a stretch to say that Pope Francis has been a bit of a surprise.

Let's see. First, there was the fact that the previous pope, Benedict XVI, stepped down — the first resignation since 1415. So that was already a pretty big deal.

Then the surprises continued, with his remarkably tolerant statements about gay priests and atheists (although he's still pretty conservative on other topics, like birth control and trans people).

One very pleasant surprise, at least for me, has been just how much Pope Francis seems to care about the environment.

Pope Francis addressing the United Nations in 2015. Part of his message was confronting climate change and ecological degradation. Photo from Bryan Thomas/Getty Images.

Science and religion haven't always gotten along. But when it comes to the environment, Pope Francis has been an outspoken supporter. On Sept. 1, the Catholic Church's World Day of Prayer for the Care of Creation (which he started, by the way), Pope Francis said: "We must not be indifferent or resigned to the loss of biodiversity and the destruction of ecosystems, often caused by our irresponsible and selfish behaviour."

When we take care of the Earth, we're taking care of each other too.

"Human beings are deeply connected with all of creation. When we mistreat nature, we also mistreat human beings," the pope said.

Environmental degradation, pollution, and climate change affect people all across the world, and Francis pointed out that it's disproportionately people who are already suffering — such as the poor or refugees — who bear the brunt of it.

Droughts and other natural disasters are likely to become more severe and common as climate change worsens. Photo by Brent Stirton/Getty Images.

Thus, fixing the environment goes hand in hand with addressing other problems.

"To give polluted water to someone who is thirsty doesn't make sense," Vatican panelist and author Terrence Ward said. "You have to clean it up first."

Pope Francis even gave examples of what we can do to make the world a better place.

He suggested consuming less, showing care for other living things, and planting trees, for example. He also highlighted the 2015 Paris Agreement as a step forward and advocated for citizens to push for "even more ambitious goals."

Pope Francis even suggested that caring for the planet should be added to the seven Corporal Works of Mercy, which would put taking care of the Earth on the same level as charitable actions like feeding the hungry and giving alms to the poor.

It's tremendous to see this marriage of mercy, responsibility, and environmental stewardship broadcast to such a large audience.

After all, there are more than a billion Catholics in the world.

Although maybe we shouldn't be too surprised that the pope's so concerned with the environment. After all, he did take his papal name from St. Francis of Assisi. And while the pope said it was because of St. Francis' care of the poor, St. Francis does just so happen to be the patron saint of animals and ecology, too. Just saying.