The 'Blue Planet II' crew didn't just capture the magic of the ocean. They helped save it. 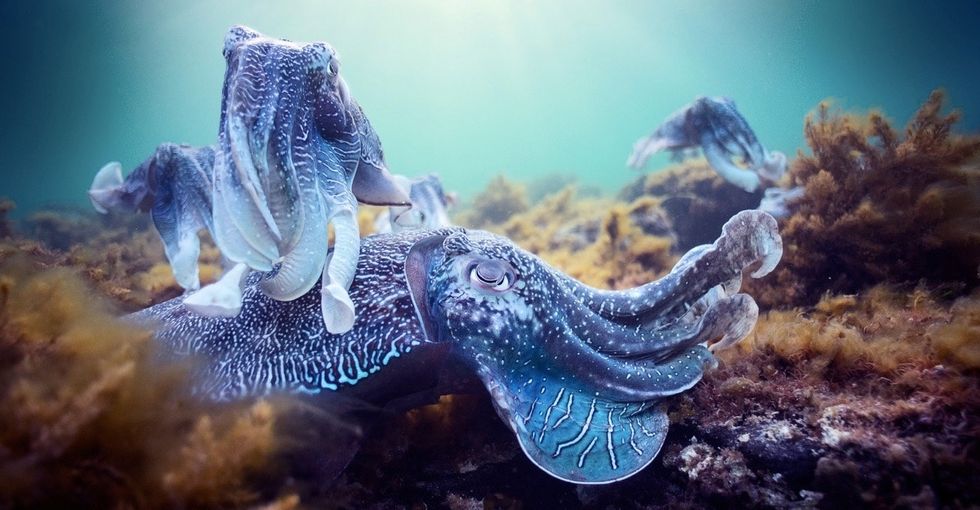 Tasked with revealing the planet's most beautiful sights, nature documentarians often hope they inspire people to get involved with conservation. But this film crew decided to start saving the Earth themselves.

On Sunday, the BBC Earth Twitter account confirmed that the filmmaking team behind their spectacular dive into the ocean's hidden depths, "Blue Planet II," didn't stop at capturing the magic of the ocean.

Wherever the team saw plastic floating they would collect it up, sometimes it was first filmed then collected out the ocean.
— BBC Earth (@BBC Earth)1510575155.0

"Blue Planet II" is a sequel to the BBC's blockbuster 2001 special and uses cutting-edge camera equipment technology (like suction cup cameras sneakily attached to orca whales) and the melodious voice of Sir David Attenborough, to show the audience both the wonders of the ocean and the problems facing it today.

Problems like plastic. Millions of tons of discarded plastic have found their ways into our oceans, forming gigantic garbage patches and killing off wildlife like birds, sea turtles, and seals.

Last month, Attenborough described a heart-wrenching sight encountered while filming: "We’ve seen albatrosses come back with their belly full of food for their young. You think it’s going to be squid, but it’s plastic." No wonder they felt like they had to clean it up.

A plastic bottle washed up on a beach in Plymouth, England. Photo by Matt Cardy/Getty Images.

The "Blue Planet" team said that they hoped their plastic cleanup would inspire others to do the same, The Independent reports. The BBC even has a website where you can look up specific ways to get involved in ocean conservation, from signing up for beach cleanups, downloading sustainable dining apps, or joining in The Great Nurdle Hunt.

This is not the first time wildlife filmmakers at the BBC have taken action off-camera. In December 2016, the BBC confirmed that their team saved baby sea turtles after filming them getting disoriented and wandering into traffic.

The result of the crew's efforts, "Blue Planet II," is currently available in the U.K. and will premiere on BBC America in January 2018.