Family of U.S. teen jailed for breaking COVID protocol in the Cayman Islands speaks out 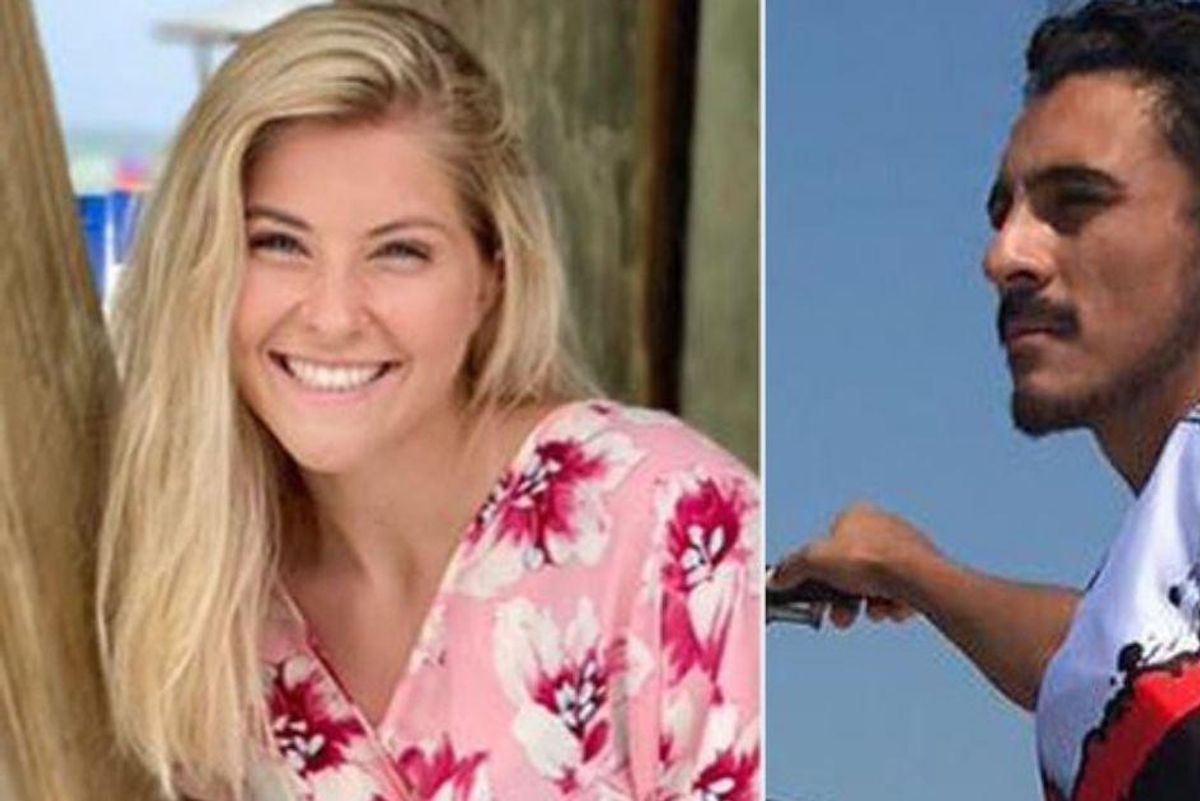 Traveling during a pandemic is risky, no matter who you are or where you're going. It's also beset with rules and restrictions put in place every step of the way, from airports to airlines to governments of the places you're visiting. Depending on where you're going, breaking those rules can have serious consequences—beyond just potentially spreading a deadly virus.

Skylar Mack, 18, learned that lesson the hard way after she was arrested in the Cayman Islands for breaking the British territory's mandatory 14-day quarantine. The Mercer University pre-med student from Georgia flew to the Cayman Islands on November 27 on a visit with her boyfriend, Vanjae Ramgeet, 24, who is from the territory. According to TODAY, Mack tested negative for COVID-19 before she left and again after arrival, but was still supposed to remain isolated for two weeks.

On day two of quarantine, Ramgeet competed in a jet ski competition and Mack went to watch him. According to local news, neither of them wore a mask or practiced social distancing at the event. Mack also left the electronic bracelet she was supposed to wear behind, after reportedly asking the public health department to loosen the tracker the day after her arrrival.

Both Ramgeet and Mack were arrested for breaking pandemic protocol.

The Cayman Islands are home to about 64,000 people and have seen 311 cases and two deaths from COVID-19. The territory has enacted strict rules for keeping their numbers low, including quarantining travelers. Punishments for breaking the rules were increased the day before the jet ski competition, according to Cayman Compass. Previously, a breach could result in a sentence of up to one-year imprisonment and/or a fine of $1,000. That was increased to up to two years imprisonment and/or a fine of up to $10,000.

Ramgeet and Mack both pled guilty to the breach, and were initially sentenced to 40 hours of community service and a $2,600 fine. But a prosecutor successfully argued that the sentence was not stringent enough to serve as a deterrent to others who might be tempted to break the rules. On appeal, Mack was sentenced to four months in prison. She and Ramgeet are the first people to be sentenced under the Caymans' harsher punishments.

Mack's lawyer, Jonathan Hughes, argues that the government is trying to make an example of Mack without taking into consideration her age and history of responsible behavior. Mack, an honors student, has never had any run-ins with the law.

"They're two young people who have never been in trouble before," Hughes said in a phone interview with The Associated Press. "This is the first time they've had interaction with police, the courts, prison."

In an interview on TODAY, Huges said, "This particular sentence would have a particularly harsh effect on her, and the court ought to have considered the individual before it, not just the crime."

In a conversation with TODAY, Mack's grandmother indicated that it was out of character for her granddaughter to break the rules.

"It's not like her to make this kind of a mistake," Jeanne Mack said. "She knows she screwed up. She knows she should have to pay for it."

She also shared how Skylar is faring in prison, where she's been since December 15.

"She cries, she wants to come home," Jeanne Mack told TODAY. "She knows she made a mistake. She owns up to that, but she's pretty hysterical right now."

People have reacted to the story in predictably divergent ways, with some saying that four months of prison for an 18-year-old who simply went to a jet ski competition is too harsh, and others saying that she's legally an adult and has the same responsibility to follow the laws of the nation she's in as any other adult. Some feel that young adults often make stupid choices and that Mack could learn from her mistake without such a harsh punishment, while others point out that a deadly pandemic is not a time for leniency for "youthful indiscretion." There's also no shortage of people with little sympathy for someone who has the privilege of being able to travel to a tropical island in a pandemic choosing to flout protocols in place to protect the entire population.

Meanwhile, Mack's lawyer and family are hoping for an overturn of the four-month imprisonment. Hughes is arguing in a court of appeals today for a lesser sentence, and the family is trying various avenues, including contacting President Trump.

Mack was originally scheduled to fly home today. While there are no binding quarantine rules for Americans returning from international travel, it's perhaps worth pointing out that the per capita death rate from COVID-19 in the U.S. is 30 times higher than in the Cayman Islands.