She was bullied relentlessly in school. Now she's helping teens change the world. 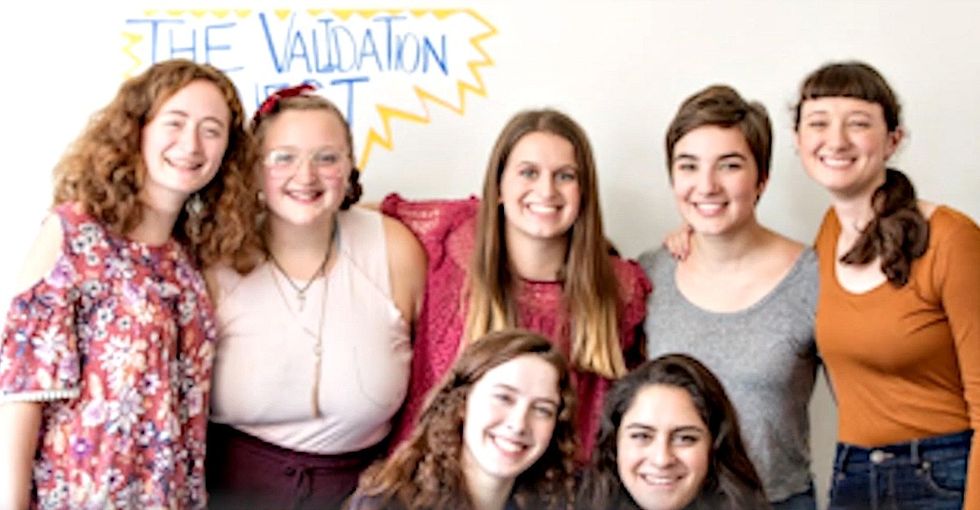 Like so many kids, Val Weisler experienced her fair share of bullying when she was in high school.

It left her feeling ostracized and alone, that is until she realized she was far from the only one being bullied.

"I thought I was the only person dealing with it, and then I saw another student being bullied," admits Val. "I went up to him and I just said the two words I was hoping that someone would tell me: 'You matter.'"

The boy told her that her coming up to him and expressing what she did made him feel validated.

That interaction sparked an idea in Val — if all kids who are bullied were told that they matter, maybe bullying could become a thing of the past?

So she started an organization dedicated to doing just that, which she appropriately named The Validation Project.

But teaching kids that they have worth is just part of its mission. Ultimately, the project endeavors to give kids the resources they need to take their newfound confidence and become social good activists.

They also teach kids that there's no reason to wait until they grow up to make an impact.

So far, The Validation Project has reached 6,000 teens and over 1,000 schools in 105 countries, but that doesn't mean Val's stopped connecting with individual kids.

In fact, she recently visited Camp Scuffy, which is near where she grew up in Ramapo, New York, to share what she's learned with the kids there.

Not only does she teach her kindness curriculum, which has helped reduce bullying significantly in the 1,000 schools that implement it, she helps kids hone in on a social justice issue that they're passionate about so they can start doing something to support it.

"My favorite thing is watching how quickly a kid can come up with an idea when you give them a marker a poster board and you ask them what they care about," says Val.

She also acts as a cheerleader for them if they're feeling defeated for whatever reason, and constantly reminds them that they're worth it. Those moments are as equally validating for her as they seem to be for the teen she's connecting with.

It's no surprise that the Validation Project has received accolades for its work. Thanks to that attention, Val is looking towards the future and how she can reach even more kids who need a boost.

For example, she was recently a recipient of the L'Oreal Paris Women of Worth Award, which acknowledges women who are giving back to their communities in extraordinary ways, and it's opened up so many possibilities for her.

"It's elevated the Validation Project so I can reach the communities that really need to hear my message," explains Val.

But most importantly, it's reminded her why her mission is so important, especially in the face of the many social challenges kids face today.

Learn more about Val and The Validation Project here: