At the first beat of his drum, I'm already starting to dance along. The beatboxing at 0:47 is also pretty rad. But when the lyrics start at 2:35? BOOM. 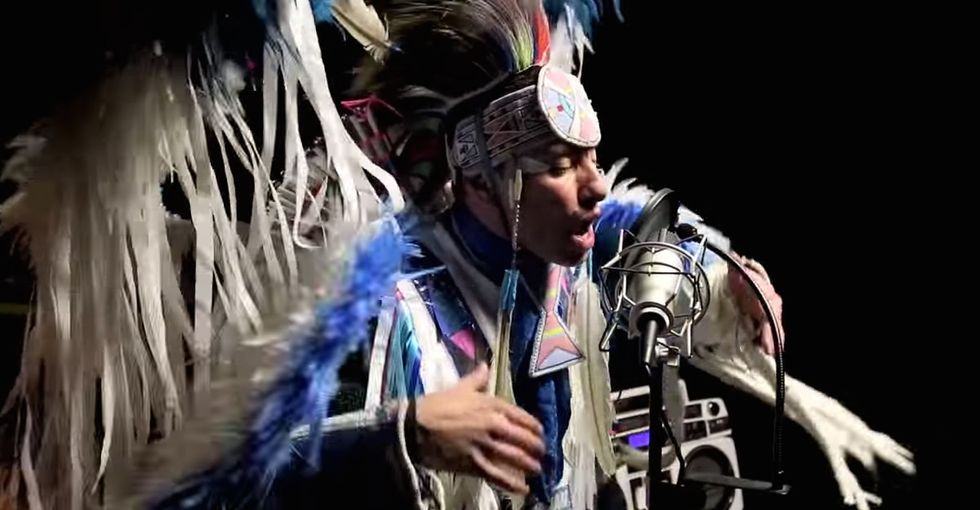 This is none other than SupaMan, a resident of Montana and member of the Crow Nation, otherwise known as Apsaalooké in the Siouan language. He's a rapper who blends his culture's music with hip-hop. He's got such skills that MTV even featured him. And, more recently, this very video won Best Music Video at the Aboriginal Peoples Choice Music Awards.

But he doesn't just sing for First Nations people — he sings for everyone keeping up with "the struggle."

If you loved this a lot, listen to his other music on Spotify!