People told me not to call myself a 'victim' after my rape. Here's why I refused. 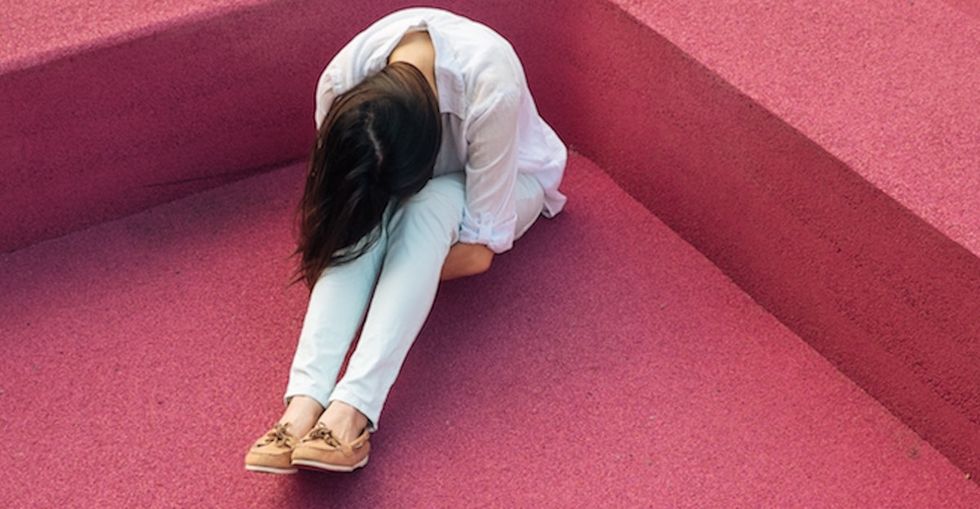 A man raped me seven years ago.

I was left traumatized and suicidal and with a complex linguistic decision: What should I call myself?

For a long time, I avoided using the terms rape "victim" or "survivor." I simply said, "I was raped" or "a man raped me." But the experience of being raped forced its way into my identity, not just my history.

It comes with the territory of writing publicly about my rape, of speaking openly about it. I am a woman; I am a writer; I am a rape ________.

I started where I always start: Google.

I typed "rape victim vs. survivor" into the search bar. After reading just a few articles, it became clear that the correct term — or at least the most search engine optimized term — for myself was "survivor."

Survivor is empowering and strong. It rolls off the tongue in a way that "victim" does not. My jaw relaxed, though I had not realized I was clenching it. I knew what to say. I had the words.

I didn't think to question those articles then, and in the years since, I've heard this particular message of empowerment repeated over and over again. It's a mantra of sorts: "We are not victims; we are survivors."

I've watched many who've experienced sexual violence articulate these words: many of the hundreds of women who spoke out against Larry Nassar; leaders in the #MeToo movement; sign-bearers at protests and at the Women's March.

Scrolling through news stories and watching YouTube videos on autoplay, I began to feel misrepresented.

Was I the only one who felt like "survivor" didn't accurately sum up my identity?

Beneath this question of terminology, there is an implication that we start out as victims, but we outgrow that label as we "triumph" and move past the immediate aftermath of the crime. Survivor implies having survived the recovery process.

Though the physical pain and rainbow of bruises did eventually fade, the impact of my rape never really did. I stopped doing a lot of things in the wake of the rape — traveling alone, going on runs outside, dating. Though eventually I was able to get my life back, I lost years to fear, to post-traumatic stress disorder, to hiding. Those years would've been different had I not been raped. I would be different had I not been raped.

For me, survivor sugarcoats the reality of rape.

Survivor tells an ultimately hopeful, inspiring, empowering story. Look at us, thriving despite violence. Survivor is easier for people to hear. It is more comfortable than victim. Victim reminds people of violent acts and brutal realities. Survivor makes them think of rousing music and impossible courage. Survivor is the story of sexual violence that the media, the public, wants to hear.

I don't know a single person that has experienced sexual violence and thinks they're better off for it. The act and aftermath of sexual violence is not oriented around the potential light at the end of the tunnel. 94% of rape victims have symptoms of PTSD, and 13% attempt suicide. Rape victims are up to 10 times more likely to abuse drugs. It's not all empowerment and #MeToo rallies and harrowing news stories with "happy" endings. It's not all inspiration.

My friend once told me "surviving rape made you brave and strong." But that's not true. I was brave and strong before somebody raped me. The rape made me afraid, made me cower on the gray-carpeted floor of my bedroom and avoid being touched, even by close friends and family, for years. I don't think I became stronger because of the rape. I think I simply got back to my baseline — brave and strong.

Conventional wisdom tells us to "get out of the victim mindset."

I refuse to feel ashamed of what was done to me. The shame of the act is not mine; it is on the one who perpetrated the crime. My rapist may never be punished, but he will always be guilty. The language I use to talk about sexual violence should place the spotlight on the fact that another person perpetrated a crime against me, and we do not call the victim of a robbery a "survivor."

When we hear the term victim, we think about the crime and acknowledge its perpetrator.

We know who these people are, though they are rarely imprisoned. My rapist had dark curly hair, a rough beard, and sharp fingernails.

When we hear the term survivor, the perpetrator is erased. Empowering victims, linguistically or otherwise, won't stop rape. There are survivors of a fire, a natural disaster, or a disease. Sexual violence is different. It is not an unstoppable pandemic. It is not a blameless illness. There is always somebody who bears the blame.

Though I prefer it, I avoid using the word "victim" when writing or speaking.

I use the word "survivor," the word the #MeToo movement wants me to use, because I want the movement to succeed. Common language is important to unification and a consistent message.

But when I'm alone with myself, I know my truth. Yes, I survived, but I am a victim of a heinous crime.

Mostly, though, I wish I did not have to spend time worrying about verbiage. We need to get to a place where language can be more nuanced, more telling, and more personal. We need to be able to speak our truths however we want to articulate them, to fully own our stories and not just donate them to the cause.

This story originally appeared on The Lily, a subsidiary of The Washington Post, and is reprinted here with permission.

When the "Me Too" movement sparked a firestorm of stories of sexual harassment and abuse, the world learned what most women already knew. Sexual abuse isn't rare. And far too often, it is covered up, with the perpetrator being protected while victims are left to languish.

Few stories have made that reality more clear than the uncovering of the years-long, widespread sexual abuse of young female athletes on the U.S. women's gymnastics team by the team's physician, Larry Nassar. The scope of his abuse is mind-blowing. The fact that it was happening all the time, behind the scenes, while the young women he was abusing were in the spotlight winning medal after medal, is shocking.

Now we're finding out how bad the investigations were, how these women were dismissed, ignored, and neglected, how investigators allowed the abuse to continue despite ample evidence that it was happening. That is simply enraging.

Keep Reading Show less
justice
Get stories worth sharing delivered to your inbox
By signing up you agree to Upworthy's privacy policy.
Trending Stories
women
Culture

After years of fighting for equality, U.S. Soccer has offered to pay women the same as men

She noticed a huge problem with condoms. There. She fixed it.