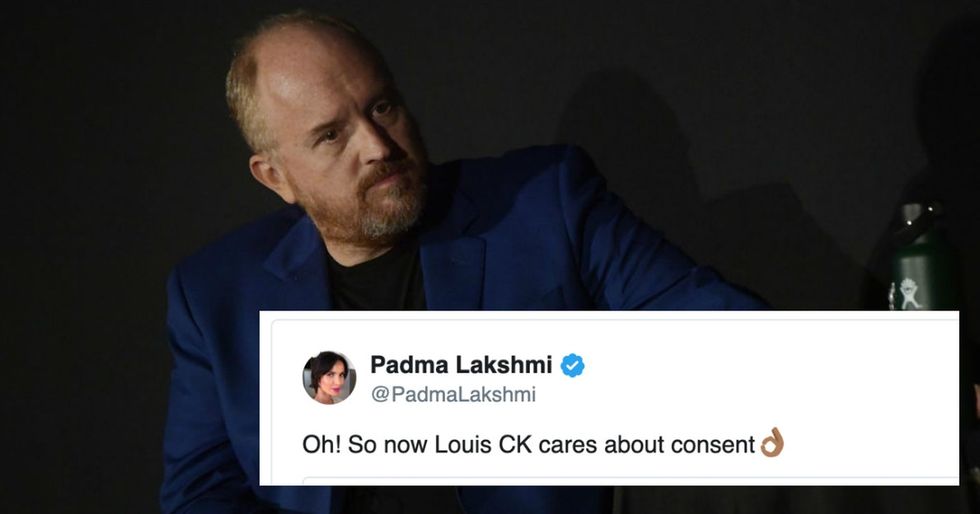 It looks like Louis CK has finally learned his lesson about consent, but it's not the lesson you'd want him to learn.

The Acme Comedy Club inMinneapolis dropped a new “consent" policy on their website for a recently announced Louis CK performance at the theater. The theater says Louis CK's show will be “a phone-free experience. "Audiences will have to put their phones and smartwatches into Yondr pouches before the show in order to prevent unsolicited recordings of the show.

The website also delineated a copyright policy, which, oddly enough, contains the word consent. “Use of the Materials without the express prior written consent of Louis CK is strictly prohibited and shall be subject to all available legal remedies, whether inequity or at law at the cost of anyone who violates this prohibition," the statement reads.

Portions of Louis CK's “comeback" sets have been leaked on Twitter, and spoiler: they don't paint him in a positive light. He can be seen making jokes about Parkland shooting survivors, and gender-neutral pronouns. He even makes fun of his own sexual conduct allegations, and it's not in a way that shows he's learned anything.

Padma Lakshmi called the word choice out for what it is. “Oh! So now Louis CK cares about consent," the Top Chef host posted on Twitter. “Very legal & very cool," she added.

Others have taken to Twitter to callout Louis CK's sudden interest in the c-word.

louis ck doesn't want people recording his shows without prior consent which i guess means it's okay to do it as lo… https://t.co/M6pWczaEWO
— your pal andy (@your pal andy) 1557018502.0