Nigeria made history by banning female genital mutilation, but there's still one thing in the way.

A celebration is in order, but don't get too comfy yet. 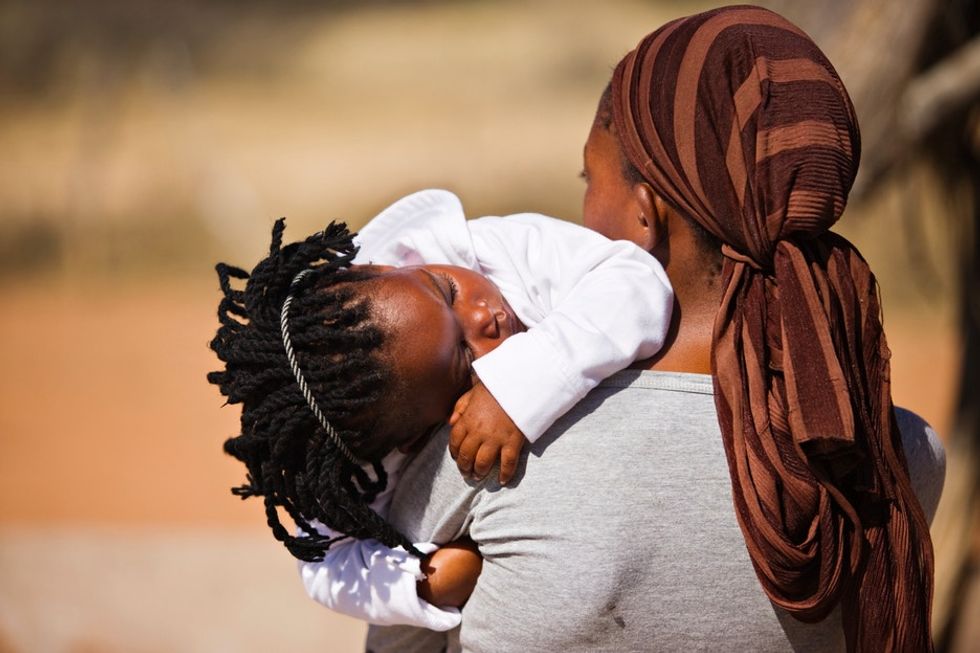 It's huge news! Female genital mutilation has been banned in Nigeria.

The horrific practice of FGM is now officially forbidden in Africa's most populous country, thanks to outgoing President Goodluck Jonathan.

President Jonathan went out on a high note when he signed the Violence Against Persons (Prohibition) act into law on May 25, 2015, which bans female genital mutilation in Nigeria and forbids men from leaving their families without providing financial support.

Thank you for standing up for women and girls, Goodluck Jonathan! Photo by Remy Steinegger.

Nigeria is setting a precedent for other African countries — and the world — that FGM needs to stop.

More than 125 million girls and women alive today have been cut in the 29 African and Middle Eastern countries where FGM takes place.

But if the most populous country in Africa is saying "no more," that's a clear sign to other countries to stop this violence against women and girls.

Will the law be enough to stop the practice?

The answer is essentially: no.

Outlawing a practice is often the first step toward making it culturally unacceptable (or acceptable, depending on what it is). Laws are super important, but the practice of FGM is so ingrained within many cultures that the attitudes around it need to change first.

It may be difficult for families to abandon the practice without support from the wider community. In fact, it is often practiced even when it is known to inflict harm upon girls because the perceived social benefits of the practice are deemed higher than its disadvantages (World Health Organization, 2008).

It'll be hard work, but community organizations and activists on the ground in Nigeria are ready to get started.

As people immigrate to the U.S. and U.K., FGM has become a problem in places you wouldn't necessarily expect.
Photo by Amnon Shavit.

One way to keep the momentum going and get FGM outlawed everywhere? Talk about it.

If just hearing about female genital mutilation makes you uncomfortable, that's exactly why it needs to be talked about. Imagine what the women and girls who have experienced it have gone through!

Consider educating yourself with this handy FAQ from the United Nations Population Fund and this amazing media campaign from The Guardian, or show your support to organizations that are actively working to end FGM around the world. There's also this video of two women with cupcakes that's extremely creative (and disturbing). Just trust me on that one.

This is a situation where changing attitudes can change the world. Be a part of it (if you want!).