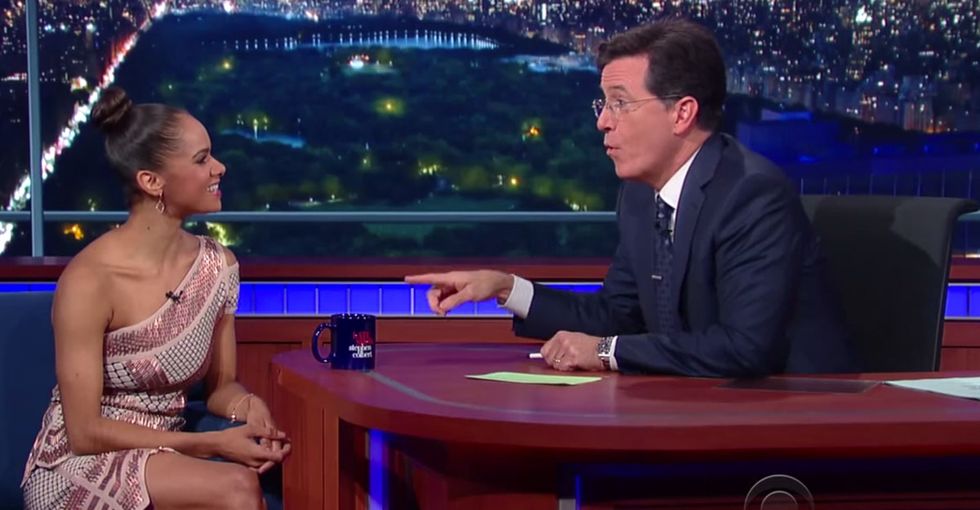 Misty Copeland is so talented and intelligent that it'd pretty much take all day to list all of her amazing qualities.

Apart from her dancing ( OMG her dancing...), there's her powerful voice. She often speaks about the need for diversity and inclusion in ballet. As the first black principal ballerina for the American Ballet Theatre (ABT), she's blazing trails — and using her platform to talk about it.

Copeland appeared on "The Late Show with Stephen Colbert" last night. And in addition to a mesmerizing performance alongside Yo-Yo Ma...

Perfection! GIFs from "The Late Show with Stephen Colbert."

... Copeland and Colbert engaged in some real talk.

Colbert asked Copeland whether she feels burdened — being the first black principal ballerina and constantly in a position to speak out.

Her answer was as flawless as her dancing.

She truly is a game-changer — and she's unique in every way. She actually didn't begin ballet until she was 13 years old, which is much later than a typical ballerina gets their start. But what's "typical" doesn't matter to Misty, 'cause she's one in a million.

In fact, Colbert hit the nail on the head when he jokingly said her job might be a bit harder than the president's.

In his signature way of using humor to get at the heart of the matter, Colbert made this point:

You can watch Misty and Colbert chat in this short clip: