Loving her body hasn't just been good for her soul, it's key to her career.

It's a real joy to hear her talk — even about the hard stuff. 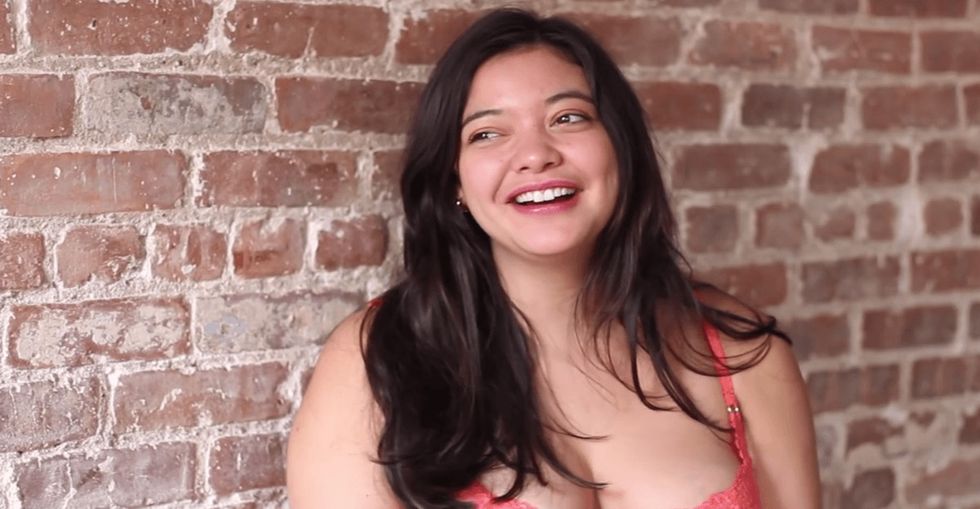 Naomi was born in Tokyo, but she moved to the south of Spain when she was 11. (Her dad was a visionary vintage-clothing entrepreneur. No big deal.)

Then, at age 13, she was scouted by a modeling agency. Things started out well for the tall and lanky girl, and she moved to London.

But her body quickly started changing — which, for a teenager, it's supposed to! As she put on weight and curves, she was told to get skinny again. When she spent time with friends, Naomi found herself only talking about her weight and food.

She left modeling and focused on school and music for a while, but when she got back into it, the pressure to be thinner was there all over again. She gave dieting a try, and it really wasn't for her.

"I never wanted to be that girl," she says in the video interview below with StyleLikeU. "I was suppressing my soul."

"I never wanted to be that girl."

But in the world of so-called "plus-size" modeling, she gets to be exactly who she is.

Dieting was depressing. (No surprise there.) Luckily, she never has to go back there. "I would never want to be smaller again," she says.

Naomi's all the wiser for her struggle.

Here are some of her thoughts, which are words for anyone to live by.

Photos of smiling models can sometimes be deceiving, but Naomi's not just posing as a confident woman who's figured some things out for herself: She's really done it.

Check out how sincere and joyful she is in this conversation with StyleLikeU: