Last year's #OscarsSoWhite problem was bad. This year, it's even worse. 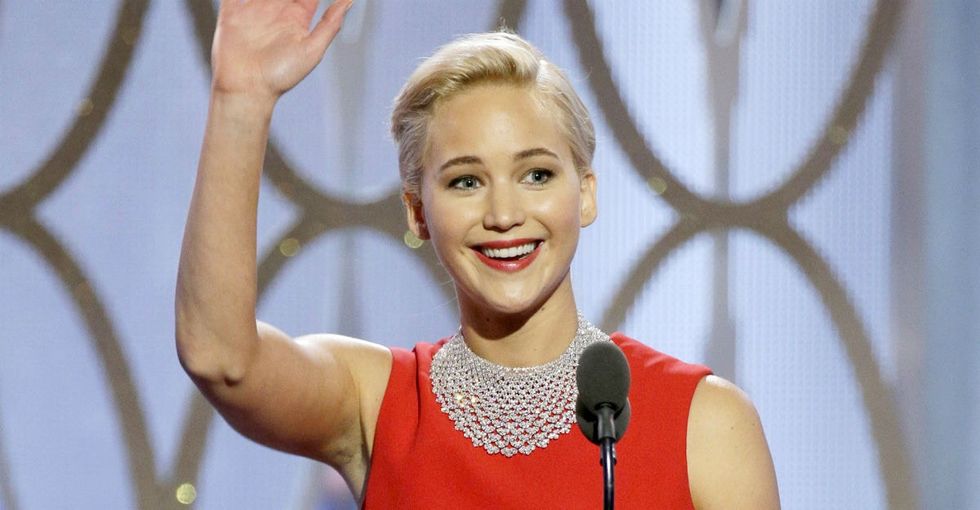 There are plenty of talented actors who deserve a round of applause. Leonardo DiCaprio, for instance, is up for Best Actor for his work in "The Revenant," right after snagging the Golden Globe this past weekend. Jennifer Lawrence and Brie Larson are also nominated for the top prize in the actress category, fresh off big wins at Sunday's Globes.

These thespians deserve a slap on the back, no doubt. But there's a sad reality about the acting categories as a whole:

Not even one person of color was recognized with an acting nomination this year, and it wasn't due to a lack of superb performances to choose from.

Take a moment to let this fact sink in: Every single nominee in all 20 acting slots this year is white. In other words, not one person of color is nominated for Best Actor, Best Actress, Best Supporting Actor, or Best Supporting Actress.

Many feel as though actor Idris Elba was snubbed for his role in "Beasts of No Nation." Photo by Neilson Barnard/Getty Images.

Don't get me wrong — the nominees are some seriously talented folks. Cate Blanchett? Mark Ruffalo? Bryan Cranston? Kate Winslet? These people are known for their powerhouse performances, and they have the acting chops to prove it.

But when you look at performances by actors of color that didn't make the cut — Idris Elba in "Beasts of No Nation," Will Smith in "Concussion," Michael B. Jordan in "Creed" (just to name a few) — it's hard not to wonder ... how could not even a single slot across all 20 be given to a non-white person?

The 2015 Academy Awards was of historic proportion; for the first time since 1997, every acting category slot had been filled by a white person (sound familiar?). This prompted the hashtag #OscarsSoWhite to go viral, as social media erupted with outrage. I mean, it was 2015, after all ... how could that happen?

Welp, the Academy has outdone itself.

In fact, the 2016 Oscar season somehow shaped up to be even less diverse. Last January, at least "Selma" — a film that highlighted the story of Martin Luther King, Jr. and the civil rights movement — snagged a nod for best picture, even as the film's star, David Oyelowo, was snubbed for his performance as MLK. Not one movie in the running for best picture this year features a person of color as a protagonist. Many believe the critically acclaimed blockbuster "Straight Outta Compton" was straight up snubbed.

A comment from Oyelowo last year about his snub and the types of roles performed by people of color that get recognized is particularly striking now, given the context of this year's lack of diverse nominees (emphasis added):

Of course, who should and shouldn't be nominated for what is certainly debatable — 100 people could have 100 different reviews after watching the same movie. But the fact there were many more films featuring non-white actors and stories of Oscar-potential this year that got completely overlooked paints a disturbing picture.

As Vox's Todd VanDerWerff pointed out, "It's so much harder to suggest that 'maybe the Academy just didn't like it,' when 'it' applies to a whole swath of movies and performances."

So, what's the problem here? Why is the Academy overlooking black and brown actors and stories?

It's easy to forget that the Academy is not, like, some Hollywood higher power that announces the best actors and films based on its divine authority. The academy is made up of (overwhelmingly white, older, male) humans.

As The Los Angeles Times reported in 2013, the Academy's membership is a whopping 93% white and 76% male. Also, the average member is in their early 60s.

All things considered, it makes sense that the actors and storylines that resonate most with an audience of people who mostly look like grandpas in Disney Channel sitcoms would be — yep, you guessed it! — white actors telling white people's stories.

Even though the Academy itself isn't entirely to blame — more movies created by people of color that cast people of color would help diversify an all-white nominee list — it realizes its way of selecting top performances needs changing.

That's why, in recent years, the Academy's accepted a larger and more diverse pool of new members, as The Hollywood Reporter noted, hoping to begin chipping away at the racial and gender imbalance.

It'll be a process, though — with more than 6,000 Academy voters and an annual new membership figure that stays in the low hundreds, it'll take time for a truly diverse voting body to form.