Kelly Clarkson responded brilliantly to a fat-shamer with 4 words — and 1 emoji. 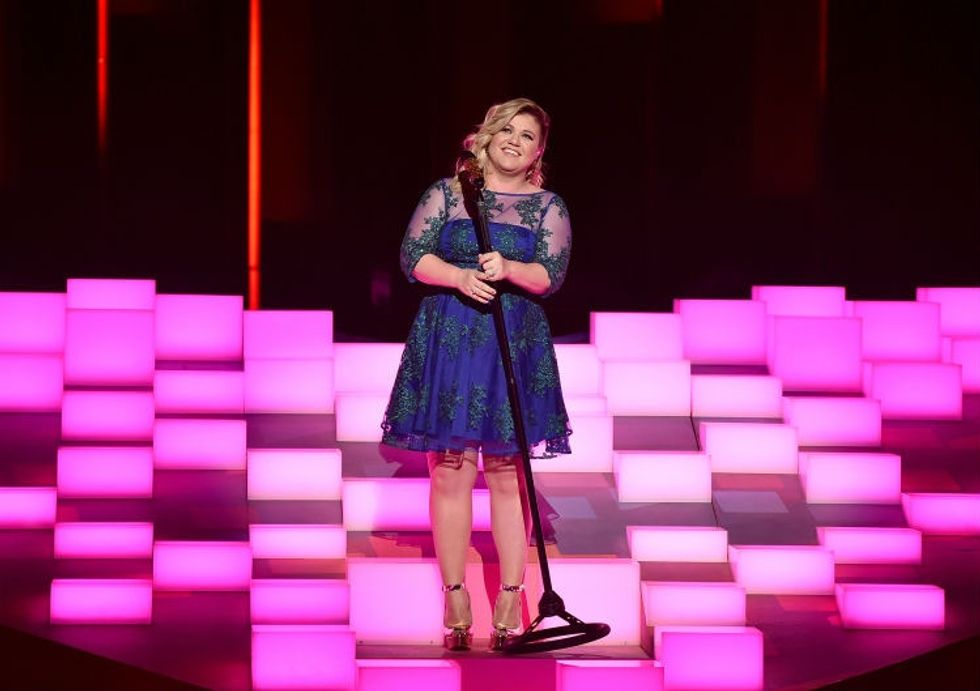 It started with a perfectly pleasant Fourth of July tweet.

Then, out of nowhere, a troll appeared in the tweet's thread (shocking, I know).

"You're fat," user @Euger23 replied — a retort neither patriotic nor relevant, if you ask me.

Clarkson, who has amassed over 11 million followers on the social media platform, attracts trolls left and right. She has much better things to do than respond to every last Joe Schmo who clearly needs a hobby or two.

But Clarkson decided a simple, four-word response would do the trick this time.

Clarkson honestly just low-key gave the internet a master class in how to respond to trolls. So grab a pen and paper, and keep these three pointers in mind the next time you're needlessly harassed online.

As for Clarkson — a happy, chart-topping, literal rockstar of a mom — she'll be just fine.

"It’s more if I’m happy and I’m confident and feeling good," Clarkson once responded to being body-shamed in 2015. "That’s always been my thing. And more so now, since having a family — I don’t seek out any other acceptance."