It's not just Meals on Wheels. These 15 other programs get the ax under Trump's budget. 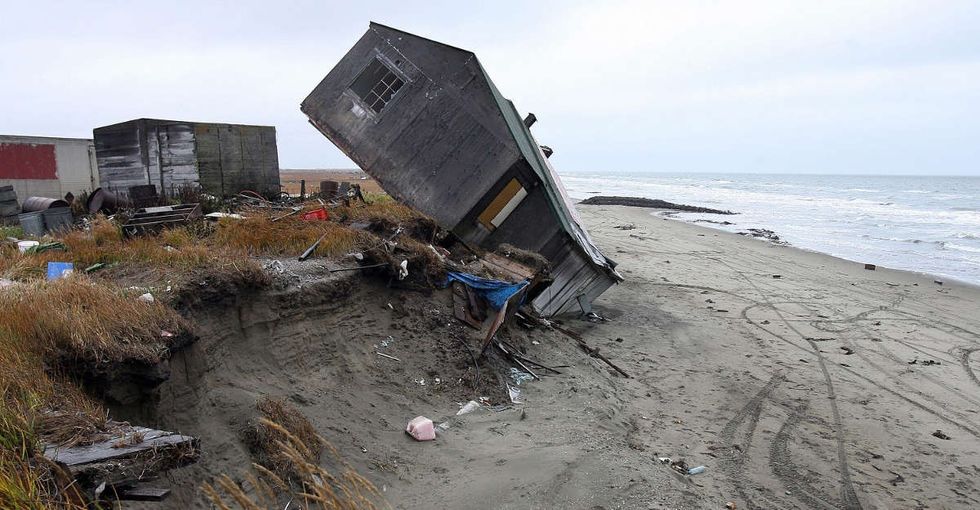 The problems with President Trump's much-derided 2018 budget don't end with funding cuts for Meals on Wheels and the National Endowment for the Arts.

While cuts to programs that ensure homebound seniors can have human contact and a hot meal and poor kids can watch Big Bird immediately struck much of America as misguided — even cruel — the cuts to those programs are just the tip of the iceberg. According to a report in The Atlantic, the proposed budget looks to defund more than a dozen federal agencies entirely — many of which administer programs families across the country don't even realize they depend on.

Here are 15 ways Trump's budget cuts could negatively affect the lives of Americans and people around the world.

They're not as flashy, but just as concerning.

The Chemical Safety Board, which has its funding zeroed out by Trump's budget, is tasked with investigating the causes of hazardous material spills and disasters and making recommendations to prevent them from reoccurring.

Eliminating the agency would be "standing up for death and destruction," according to chemical safety consultant Paul Orum in an interview with the Houston Chronicle.

2. If you live in parts of these eight states, finding a doctor could become much harder.

Delta Doctors, a program that brings foreign-born doctors trained in the United States to underserved areas of Alabama, Louisiana, Tennessee, Arkansas, Missouri, Illinois, Kentucky, and Mississippi is run by the Delta Regional Authority, an agency whose funding is eliminated by the budget.

People who are poor or elderly are further out of luck. As part of their visa requirements, the Delta Doctors "must provide care to the indigent, Medicaid recipients, and Medicare recipients."

3. Homeless veterans could have an even rougher go of it.

Trump's budget eliminates the U.S. Interagency Council on Homelessness, which helps communities across America provide for their most vulnerable populations, including developing special strategies to aid those who served in the military.

A home near Anchorage tips on its due to beach erosion. Photo by Gabriel Bouys/Getty Images.

Since 2015, the tiny Denali Commission has been working on protecting, repairing, and relocating Alaskan villages that have been damaged, threatened, and uprooted by climate change. Under Trump's proposed budget, that would go away.

5. American companies looking to sell stuff in countries that are just starting to build up their infrastructure would lose out.

The U.S. Trade and Development Agency sounds sort of boring, but it helps U.S. companies get a leg up on selling their wares to other countries that are building roads, bridges, hospitals, airports, and mobile networks, helping solidify U.S. ties to those countries and create jobs back home.

The agency has enlisted American firms to help build a gigantic solar farm in Jordan, to work on Istanbul's IT systems, and to collaborate with China on aviation. These opportunities would go away under the Trump budget.

A coal miner at work in Portage, Pennsylvania. Photo by Mark Makela/Getty Images.

7. Young people who want to make the world a better place through AmeriCorps would lose one of their best opportunities to do so.

AmeriCorps is run by the Corporation for National and Community Service, which, under Trump's budget, loses all its funding.

The budget eliminates the Northern Border Regional Commission, which recently helped a college in Maine build a new manufacturing lab, an airport in New Hampshire build a new hanger, and made dozens of other investments in Maine, Vermont, New Hampshire, and upstate New York.

9. We'd also know less about how to prevent war from breaking out around the world...

The U.S. Institute of Peace, which Trump's budget defunds, brings analysts, experts, and conflict survivors from around the world together to discuss and innovate strategies for avoiding violent conflict.

10. ...and less about issues of global concern in general, like how to train more women leaders.

The Woodrow Wilson International Center for Scholars, which studies many areas of international public policy, would also be gutted.

The Center runs The Women in Public Service Project, which sponsors training sessions around the world to cultivate the next generation of female politicians, CEOs, and heads of state.

11. Rural communities across the country could lose one of their best sources of free high-speed internet access.

The proposed budget cuts funding to the Institute of Museum and Library services, which, in recent years, has invested millions of dollars bringing broadband Wi-Fi to libraries in small towns across America, according to an agency statement.

Internet access and online freedom, by the way, were declared a human right by the U.N. in July 2016.

12. Our relations with our neighbors to the south could get even worse...

The destruction of Hurricane Matthew in Haiti. Photo by Nicolas Garcia/Getty Images.

The Inter-American Foundation, which invests in local grassroots development and humanitarian relief projects in the Caribbean, Central America, and South America is also slated to have its budget cut to zero.

13. ...and our relations with countries on distant continents could deteriorate too.

A solar farm in Morocco. Photo by Fadel Senna/Getty Images.

If the U.S. African Development Foundation goes away, similar grassroots and humanitarian projects in Africa would also be on the chopping block.

14. Hundreds of Americans in danger of losing their homes could have a harder time staying put.

15. Domestic violence victims looking for protection who can't afford lawyers could find themselves out of luck.

The Legal Services Corporation, which helps underprivileged Americans — including victims of abuse, shady creditors, and housing malfeasance — get their day in court by providing them with legal aid, is also slated to go under the 2018 budget proposal.

The good news? This budget is just a proposal ... for now.

Trump's plan would mean a lot of pain for a lot of people, but for the moment, a plan is all it is. In order for the budget to take effect, it still has to make it through the House and Senate.

If less war, more art, and fewer chemical burns seem like your jam, call your member of Congress and tell them to oppose it!