It wasn't just Trump that got Congress to reverse its spectacularly shady ethics move. 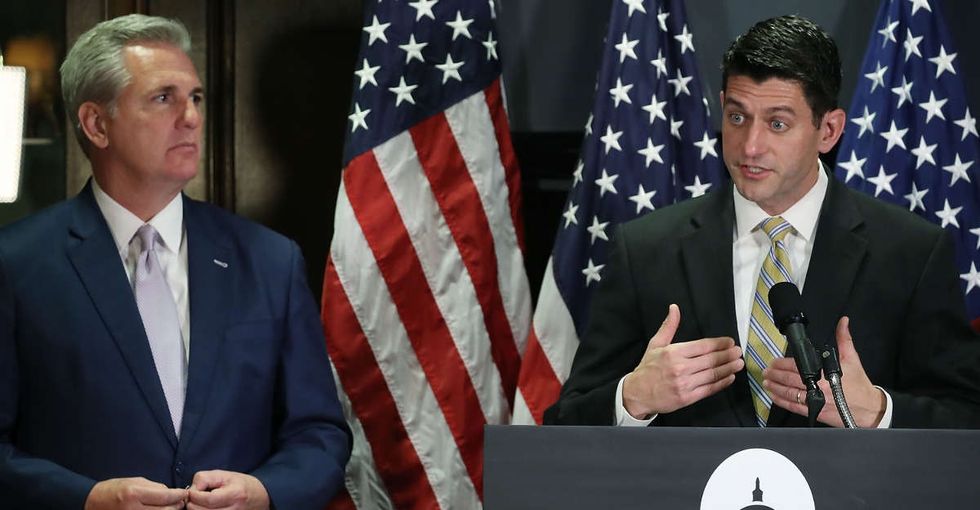 On Jan. 2, just a few hours before new members of Congress were set to be sworn in, the House Republican caucus voted to gut the independent Office of Congressional Ethics. The outcry was fierce and immediate.

Critics blasted the secrecy of the move. Watchdog groups on both sides of the aisle expressed their disapproval. Democrats hammered Republicans for reversing themselves on President-elect Donald Trump's pledge to "drain the swamp."

The next morning, the caucus voted by unanimous consent to restore the original rules for the OCE.

Some attributed the turnaround to a series of critical tweets from Trump, which questioned the timing of the decision — without addressing whether the change was a good idea on the merits.

With all that Congress has to work on, do they really have to make the weakening of the Independent Ethics Watchdog, as unfair as it
— Donald J. Trump (@Donald J. Trump)1483455809.0

Trump referred to the watchdog committee's practices — which permit the public to register concerns about House members' potentially corrupt dealings — as "unfair." But he went on to suggest that the OCE shouldn't be Congress' top priority.

Just as critical to the effort to reverse the rule change, however, were the hundreds of critics on both sides of the aisle who urged ordinary people to speak out.

Others urged citizens to call their representatives and provided resources...

Call & ask your Member of Congress if they voted for the Goodlatte Amendment to gut Office of Government Ethics… https://t.co/Lcj5GuReOP
— igorvolsky (@igorvolsky)1483462288.0

...including the direct phone numbers of individual House members.

One North Carolina representative said his office was inundated with calls from constituents demanding the GOP reverse course.

Most members tell me blizzard of angry constituent calls were most impt factor in getting the House to sideline the amdt
— Robert Costa (@Robert Costa)1483473684.0

After the reversal, a congressman from Idaho said, "I could have told you last night when we left this would be undone," downplaying Trump's influence on the decision.

Democracy works best when people hold their elected representatives accountable for trying to sneak shady things past them.

We voted for the Congress we voted for. That's not going to change for at least the next two years. But we can still do our best to let them know we're watching them, and that we vote.

Trump's tweets are shiny, so it's no wonder he's getting much of the credit for moving the needle. Mass public outcry, however, certainly didn't hurt when it came to getting this thing undone.

It's not terribly surprising that a bunch of Americans would be upset about their elected representatives trying to change the rules to make it easier for them to get away with sketchy, corrupt things. Perhaps more surprising is that those same members of Congress are listening to us when we tell them how pissed we are — even if they're doing it to preserve their own butts.

Call. Call. Call. It can't hurt. And it could help make politics in America just a tiny bit more honest and transparent.