In America, a 16-year-old spent 3 years in jail without a trial for a crime he didn't commit.

Have you heard of Kalief Browder? If you haven't, you really need to. 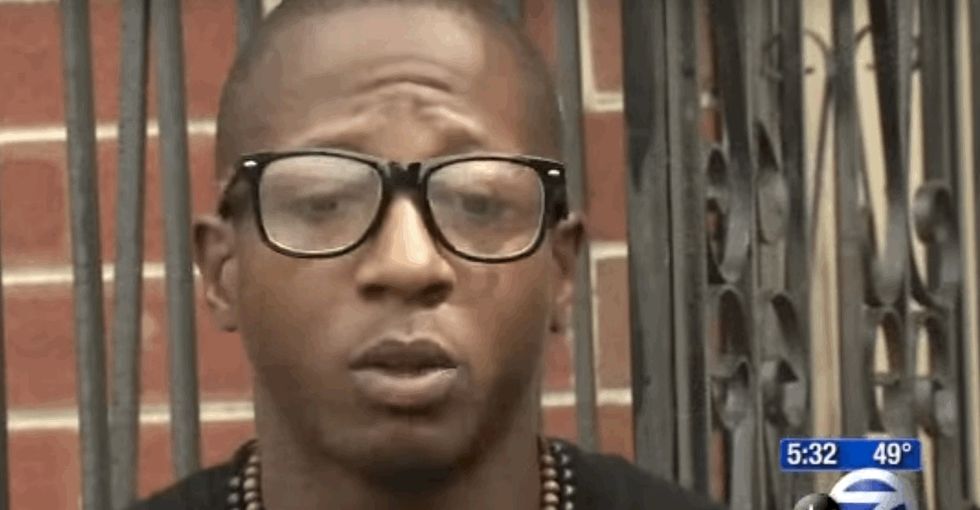 Imagine being put in jail for three years without a trial for a crime you didn't commit. At the age of 16.

You're a 16-year-old kid, a sophomore in high school, coming home from a party.

You're a 16-year-old kid. Some officers stop you and accuse you of stealing a backpack from a stranger. They arrest you with no evidence. They have no backpack, no fingerprints, and you have an alibi. They take you to Rikers Island.

You're a 16-year-old kid. You can't afford $10,000 in bail and neither can your family. You sit in Rikers Island prison. Waiting for a trial date. During your entire sophomore year of high school.

You're a 16-year-old kid. You are in a high security prison. You are abused by guards and inmates alike. Without a trial date. For almost three years.

You don't have to imagine it. Many kids have gone through this.

On May 14, 2010, 16-year-old Kalief Browder was picked up, and he was held, without trial, for 33 months in one of the most dangerous prisons in America without evidence.

He was then released without charges — after five-six suicide attempts, after spending over 800 days in solitary confinement, and after The New Yorker exposed brutal beatings at the hands of the prison guards and prisoners.

On June 6, 2015, after struggling from trauma and mental health issues stemming from three years locked up in a hole for a crime he didn't commit, Kalief died by suicide. He hung himself out his home's second-story window using the cord from an air conditioner. Make no mistake, the system broke him. And he's not the only victim.

There are over 400 others just like Kalief currently trapped on Rikers Island without justice.

According to a powerful (and disturbing) New York Times story, something that should be illegal in America has become the norm:

So how the hell do we prevent this from happening in the future?

In Kalief's case, there was no evidence of him stealing a backpack. There was no risk that he would harm anyone. He shouldn't have had to live in a 7-by-12 cell without a trial for three years simply because he couldn't afford bail. He was 16 years old when New York upended his life. A kid.

The Pretrial Justice Institute is fighting to prevent more stories like Kalief's. The first step, which has been successful in Washington, D.C., is to overhaul bail.

Most of the people in jail haven't had a trial yet and many are too poor to afford bail.

Jail, which is used for sentences under a year and for people awaiting trial, is actually mostly used for people who haven't had their day in court yet. This is different from prison, which is where people go for extended periods of time after they've been sentenced. It's unfair to the accused and an expensive waste of taxpayer money.

Being poor, statistically, puts you at much greater risk of going away for a long time.

Being in jail for a crime you haven't yet been convicted of can take a toll on your life.

At Rikers Island, some people can wait years for a trial. They get so desperate they plead guilty just to get out sooner.

But! There's a better way to handle this. Replace bail with something called "pretrial risk assessment."

People are evaluated on their risk factors. Those who are deemed a threat stay behind bars. Those who aren't likely to commit a crime while awaiting their court date are sent home with supervision.

Using supervision rather than jail is much less expensive for taxpayers and much more humane.

Here's how much it costs per day:

In 2011, only 20% of defendants were held in jail. 88% never missed a single court date. Only 12% had another arrest while awaiting trial. And only 1% of those released committed a violent crime while waiting for trial.

Imagine a world where people of all income levels were treated fairly in the court of law.

You don't have to imagine actually. You can learn more by watching John Oliver's segment on bail. And, more importantly, check out how you can help by visiting the folks who made this infographic:

They have a petition for the end of cash bail that you could sign that will be heading to Governor Cuomo's office.

Let's make sure we never see a 16-year-old kid have to say these words again:

You can watch an in-depth interview with Kalief prior to his death here, and you can learn more about Kalief's life and death from the reporter who covered his story. And you can also read The New Yorker's powerful obituary for Kalief.