If you think Greek life is all hazing and hangovers, this Muslim sorority wants to prove you wrong. 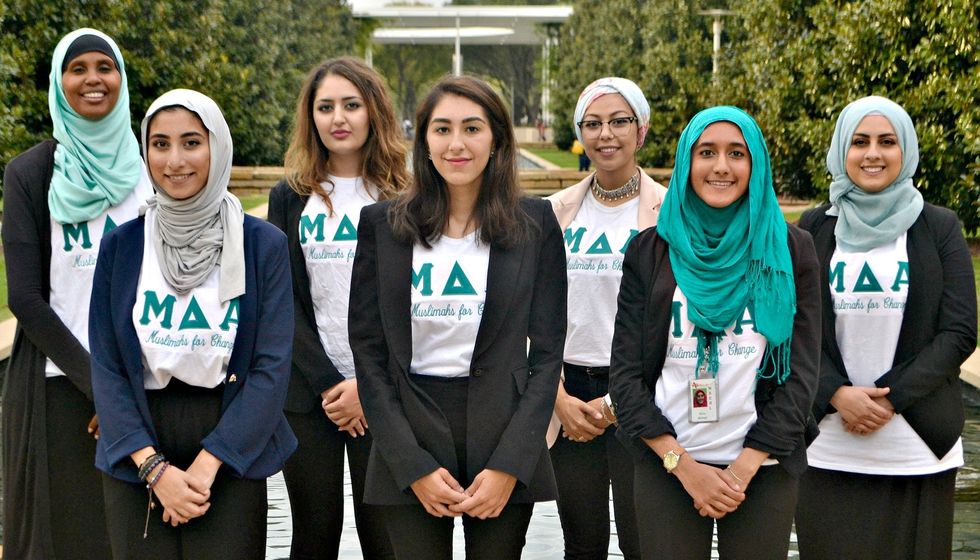 Greek life might be an old tradition in college campuses across the country, but a new dawn is emerging for one sorority in Texas.

Another Muslim sorority, Gamma Gamma Chi, had started to organize in 2005 in Virginia and Georgia, but the creation now of Mu Delta Alpha seems to have taken a quick hold. The beta chapter, which has a purpose of empowering women through professional development, received more than 100 pledges and inducted 10 new members in 2017.

This is a huge deal. Why? Well, it comes down to one thing: stereotypes.

Joining a sorority or fraternity has often been considered to be a rite of passage for certain kinds of college students. For decades, Greek life has been associated with secret societies, excessive drinking, wild party nights, and other unsavory behaviors.

But because practicing Muslims do not consume alcohol and are discouraged from premarital sexual relationships (even kissing), a sorority rooted in Islamic identity provides an opportunity for students to redefine what it means to be an American Muslim in a sorority.

Nisa Sheikh, the beta chapter’s financial officer in 2018, told The Daily Texan that Mu Delta Alpha is all about normalizing their identities as Muslim women into the college scene.

"The narrative right now is that Muslim women are oppressed and can’t pursue careers," Sheikh said. "When you have a professional Muslim sorority come up, it breaks that stereotype, and people have to reconsider what they believe."

One way the sorority is changing the narrative around Muslim women is through simple education and tweeting. The UT-Dallas chapter has often tweeted about powerful and remarkable women in western pop culture like model Halima Aden and Islamic history like Fatima al-Fihri. Fihri founded The University of Al Quaraouiyine, the first and oldest operating university in the world, in Morocco.

The sorority has certainly gotten a lot of media attention, including many local news affiliates, all of which its members consider as progress in their goal of getting the public to change their perception about Muslim women.

Mu Delta Alpha is not the only Muslim greek life organization in the country.

One year ago today ALM and thousands of men in the Dallas Fort worth area came together to stand against domestic...

Like Mu Delta Alpha, the fraternity has gained wide coverage for its founding and its volunteer work in charitable causes like aiding refugee families and supporting survivors of domestic violence. In addition to features from The New York Times and HuffPost, Alpha Lambda Mu has been the subject of a documentary, "Brotherhood: America’s Favorite Muslim Fraternity."

Mu Delta Alpha and Alpha Lambda Mu aren’t only redefining the identities of young Muslim Americans. They also encourage each of us to examine how we perceive students involved in Greek life.

From "Legally Blonde" to "The House Bunny," sorority women are often depicted as dim-witted, boy-crazed Barbie dolls. In reality, women in sororities are some of the hardest-working and successful women in their fields. And while there have been innumerable scandals, there are men who join fraternities for the purpose of brotherhood and community service as well.

Mu Delta Alpha and Alpha Lambda Mu reminds us all of this. Moreover, they’re evoking an inspiring reminder that it is OK — even great — to be whoever we want to be. We shouldn’t let stereotypes, regardless of what background we come from, limit us from our fullest potential. We have the power to choose our own identity and future.