How this university is fighting back against sexual assault, one student at a time. 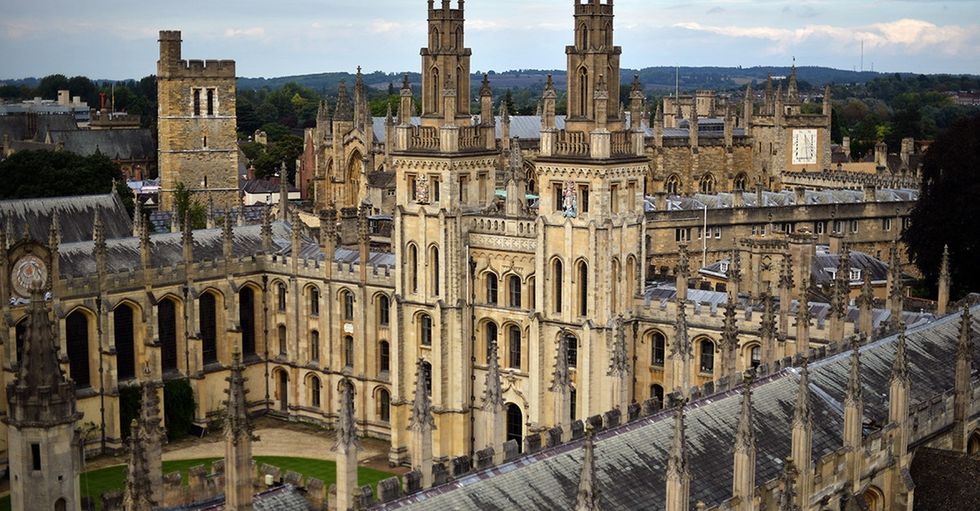 "Boys will be boys."

I wish I could say it took time to come up with examples of perpetuating sexual assault. I wish I'd had to dig really deep for evidence. But the truth is, I had to figure out a way to cut my list down.

Sexual assault is pervasive and widespread.

Nearly 1 in 5 women in the U.S. have reported being raped at some point in their lives. It's been found that 27% of college women experience some form of unwanted sexual contact, and nearly 2/3 of all college students experience sexual harassment.

Sexual assault doesn't just affect women either. About 1 in 71 men in the U.S. have experienced rape or attempted rape in their lifetime. And from 1995 to 2010, 1 in 10 rape victims were men.

Fortunately, one university is trying to change all this.

University of Oxford just announced that they're making consent classes mandatory for all incoming freshmen.

The university has offered consent courses for about five years, but they're finally making the classes "compulsory," or required, according to the BBC.

Run by the school's vice president for women Orla White, the 90-minute classes will operate within a series of workshops rather than like a typical college course. Topics like alcohol and affirmative consent will be discussed in the class, fostering real dialogue around a topic that is often overlooked on college campuses.

Governor Jerry Brown made history by signing legislation to make consent education a mandatory part of the curriculum at many high schools and colleges in California. Arizona, Pennsylvania, and Maine are just a few of the states also working toward requiring campuses to use affirmative consent laws the standard for policy and legislation.

University of Oxford's decision comes at a time where perpetuating rape culture is still viewed as "locker room talk" by far too many people.

Making consent classes mandatory everywhere is really important (some victims don't even report their assaults because they haven't realized they've been assaulted). It sends a message that joking about sexual assault is dangerous and simply unacceptable. Women and men are no longer accepting the notion that sexual violence against anyone at any point in life is somehow normal or a part of manhood.

When we educate our boys and girls about consent, we make strides toward preventing more than just sexual assault.

Sexual assault leads to a variety of issues for its survivors, from sexual transmitted infections, to post-traumatic stress disorder, to chronic pain, to strained relationships with family, friends, and intimate partners. But that doesn't have to continue. By acknowledging that we must be proactive in teaching consent, we tell our young men and women that understanding that "no" means "no" is just as important as what's taught in courses like chemistry or history.

By teaching our young people about consent, we put actions behind the idea that we are trying to do better, and our societies will be better for it.