An eye-opening video from AJ+ has us asking, "How is this happening?" 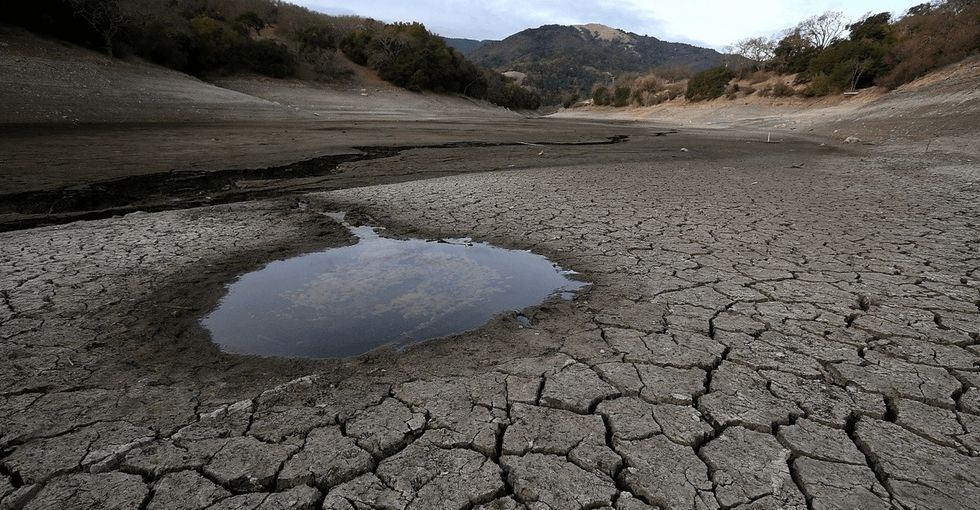 You might be most familiar with Nestlé as the company behind some of the world's tastiest cavity-inducing chocolate treats.

But did you know that they're also the company behind seven (yes, seven) different brands of bottled water in the U.S.?

The number of brands alone seems a bit excessive, but hey, that's just me.

And while I could get into a long-winded rant about the evils of bottled water, complete with pictures of garbage island, I'm here to tell a different story.

See, California is going through a bit of a drought — and I mean "a bit" in the sense that my beloved Chicago Cubs' 107-year World Series drought is "a bit" of a losing streak.

(This is our year! Or maybe next? Or the one after that?)

But seriously, it's bad out there.

This is a water basin. I kid you not.

As luck would have it, Nestlé owns a few bottled water plants right in the state — and they know how to drill from the desert. California is saved, right? Wrong!

Rather than keep the water for local use, Nestlé is bottling it and selling it all around the country.

I know, I know. The idea of removing water from an area that is literally in a state of emergency due to a drought is almost Dickensian cruelty.

At this point, I thought to myself, "OK, OK, I'm sure the state can hop in there and tell Nestlé to stop sending water out of state, right?" Wrong.

Because one of Nestlé's bottling plants is located here, the state is powerless.

Why? Because that land belongs to the Morongo Native American tribe (Nestlé leases it from them), meaning that they're not obligated to follow local rules.

At another of their Los Angeles-area plants, located in the San Bernardino National Forest, Nestlé simply hasn't bothered to renew necessary operating permits.

Now, Nestlé says its water-sourcing methods are sustainable, though some have questioned the accuracy of those claims.

So unless Nestlé wants to have to change their logos to this:

They should stop sending what little water California has out of state, and use their corporate powers for good.

Check out Dan Ilic's AJ+ report below, and be sure to check out The Desert Sun's coverage of the California water crisis.