How complete strangers helped this single dad decode a final message from his dead wife.

After his wife died during childbirth, Jared discovered comfort in the unfinished things she left behind. 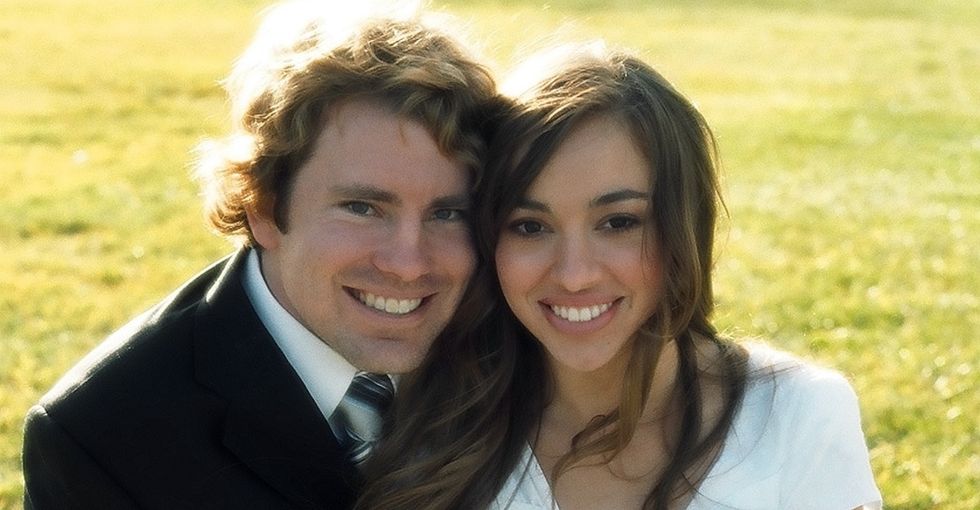 June 16, 2016, was meant to be the best day of Jared and Sharry Buhanan-Decker's lives. It turned out to be the worst.

On that morning a few months ago, the Utah couple of 12 years drove to the hospital. They were full of anticipation for the arrival of their firstborn child.

It had taken almost three years and an expensive IVF process for them to conceive, and Sharry had excitedly blogged about their plans for parenthood during her pregnancy.

All photos via Jared Buhanan-Decker, used with permission.

As the couple was cuddling and dozing on a hospital bed, waiting for the delivery to begin, things turned horribly wrong.

"I woke up to hear one of the monitors beeping. Doctors and surgeons came out from all over and wheeled Sharry into surgery," Jared said. "I was terrified for the baby, but I didn’t ever consider Sharry’s life was at stake."

Shortly after, doctors gave Jared news he could never have prepared for: Their baby had been delivered by emergency C-section, but Sharry was in cardiac arrest.

30-year-old Sharry had experienced a rare allergic reaction to the baby’s amniotic fluid entering her bloodstream, which caused her vital organs to shut down.

In the dark weeks that followed Sharry’s death, Jared was forced to come to terms with his future as a single father and the loss of his best friend.

In his search for comfort, Jared came across several audio files on Sharry’s laptop, but without buying expensive software, he had no way of opening them.

He took his dilemma to Reddit and requested help to convert the files, and the response was overwhelming.

"I was hoping for just one or two responses and received dozens. The kindness and compassion of strangers has been amazing," he said.

Reddit users came to the rescue, quickly returning several mp3 files to Jared, each revealing original songs Sharry had composed and recorded herself.

In one of her songs, Sharry sings, "Baby, don’t you worry about me," urging her listener to wipe away their tears and "softly close the door."

"That is a message for me right now in my life," Jared said. "I could never have anticipated the meaning her songs would have."

Since receiving the mp3 files, Jared has kept them on his phone so he can listen to them with baby JJ whenever grief strikes.

"I still have a lot of tough nights, and JJ as a new baby has struggles to stay asleep, so I use those songs to comfort both of us," he said.

"Science tells us babies respond to their mother’s voice because for nine months that’s the main voice they hear, and Sharry was always talking to him and singing to JJ."

But Sharry’s music wasn’t all she left behind. As Jared continued to comb through her computer files and journals, he also found something else left unfinished: a bucket list.

Between items like dancing naked in the rain, traveling to India, and overcoming anxiety, Sharry’s list is full of bold dreams to help other people.

Jared said her bucket list is now a roadmap for him and JJ, compelling them to fulfill Sharry’s dreams and to honor her memory as the years go by.

"It is good for me, to push me outside my comfort zone because she was always the one to do that, and in a way she still will be," he said.

The first goal Jared hopes to fulfill is the creation of a treasure hunt scholarship fund for disadvantaged children.

"It’d be so easy, when tragedy happens, to withdraw and become cynical … but I cannot do that," he said.

"I need to lead my life as a legacy to Sharry. I need to cherish experiences, relationships, and life. I need to be a force for good and light in the world just like she always was and is."