A child in a room with two dolls: one light-skinned, the other dark-skinned. A researcher asking questions. The answers may shock you, but should they really? We know that discrimination and racial stereotypes are still pervasive. What surprised me most about this, though, was that such young children are criticizing their own skin colors so very innocently. What do you think? 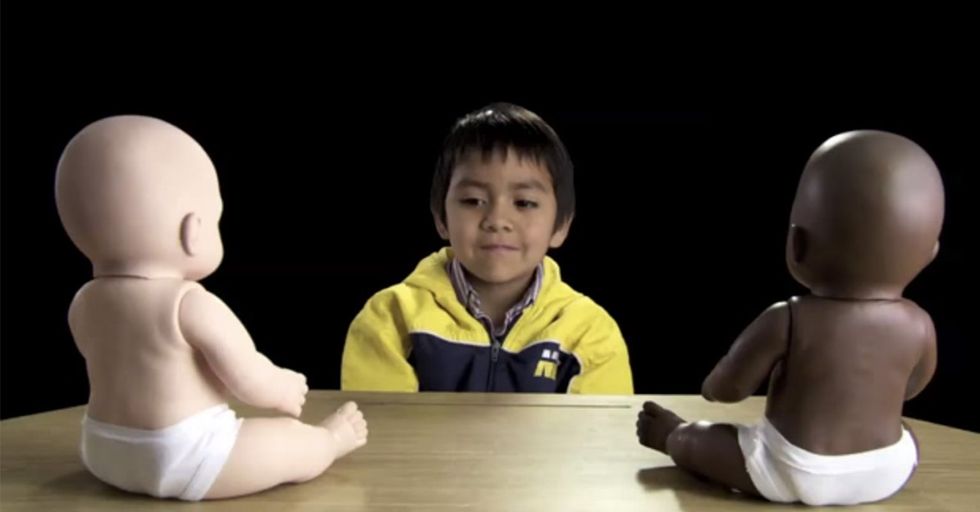 (Hit the CC button to turn captions on or off.)

Translation of Spanish slides starting at 2:57:

Slide 1: This video was made as part of the campaign: “Racism in Mexico.”

It was an experiment with children, replicating the experiment designed by Kenneth and Mamie Clark in the '30s in the U.S.

Here we show part of the results that reflect the responses of the majority of the children that were interviewed for this investigation.

The video was produced in a space of trust and the children answered with complete freedom.

Slide 2: Given the complexity of the issue, a workshop on racism was held with the children and their families to create a space for reflection and contention of the emotions that were generated.

The parents and families gave their consent for this video to raise awareness about racism.

Absolute respect is given to the children that participated as these are not an isolated case but a reflection on our society, where racism is transmitted and reproduced culturally.

Slide 3: Finally, we note that we could not get a doll with these features in toy stores in Mexico City.

In fact, a black doll was repainted to a skin tone a little bit lighter and the blue eyes changed to brown eyes.

Slide 4: For a racism-free society.

Elliot Page, once publicly known as Ellen Page, has announced he is transgender. The announcement makes the Oscar-nominated actor one of the most high-profile celebrities to come out as transgender.

The actor currently stars in Netflix's "The Umbrella Academy" and has acted in films such as "Juno," "Inception," and the "X-Men" franchise.

Page made the announcement on social media where he celebrated the joy of coming out while taking the opportunity to discuss the issues faced by the transgender community.