Here are 10 images. By the time I reached the third one, I was crying. By the 10th, I was furious. 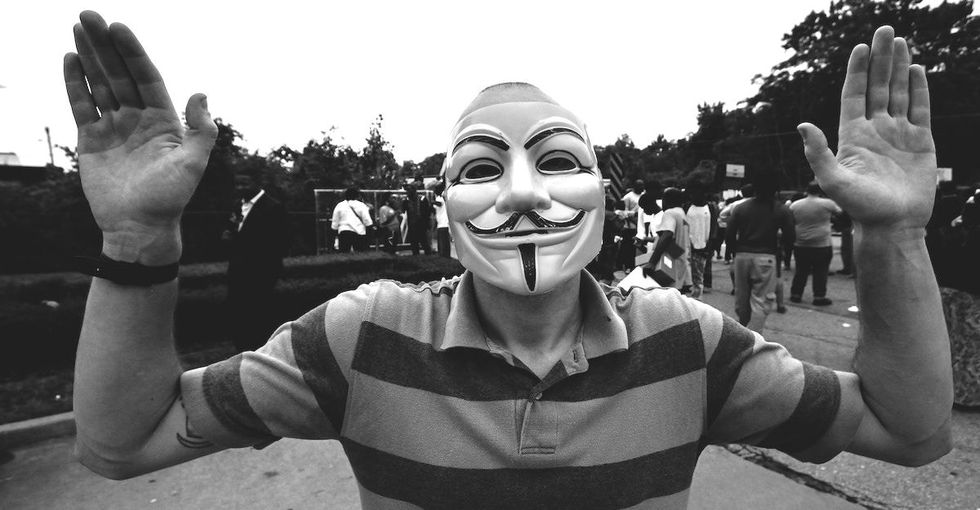 Our fact-checkers gave a thumbs-up to all the dates and ages above. But many of you, I'm sure, would like to know the backstories to the chilling images. Here they are.

John Crawford was holding a toy gun as he stood in the toy section of a Walmart. Before the police shot him to death in that same aisle, John managed to say, "It's not real." But it was too late for John.

Sean Bell was going to get married. One night, he was driving away from his bachelor party with his friends, Joseph and Trent. Suddenly, he hit a minivan. Four undercover police officers from the minivan began to shoot at them without warning, firing a total of 50 bullets at the three unarmed men. A wounded Joseph turned to Sean and said, "S, I love you, son." Sean's reply: "I love you, too." Joseph and Trent survived, but their best friend, Sean, didn't make it.

One of the witnesses in the Trayvon Martin trial, Rachel Jeantel, was on the phone with Trayvon moments before the scuffle with George Zimmerman that ended his life. One of the last things she heard the unarmed Trayvon say to the man who was following him with a gun that fateful night: "Why are you following me for?"

Michael Brown died August 2014. Ferguson, Missouri, police officer Darren Wilson shot him at least six times, twice in the head. Michael was not armed. His friend and eyewitness reported that Michael said: "I don't have a gun. Stop shooting." Minutes later, he was on the ground, bleeding. Dr. Michael M. Baden, the man who did Michael's autopsy, told the New York Times, "In my capacity as the forensic examiner for the New York State Police, I would say, 'You're not supposed to shoot so many times.'"

Amadou Diallo died right outside his own apartment in the Bronx. He was unarmed. Four police officers shot 41 bullets, hitting Amadou 19 times. Later, they claimed that they had mistaken Amadou for a serial rapist. That same day, some of the last words he said to his mother as he spoke over the phone were, "Mom, I'm going to college."

Eric Garner died July 2014. He was unarmed. Police officers were trying to arrest him for allegedly selling untaxed cigarettes. Eric suffered from asthma, and as a police officer put his arm around Eric's neck during the arrest, he managed to gasp, "I can't breathe!" The New York City medical examiner's office ruled Eric's death a homicide, pointing out that the officer's chokehold might have been a big factor.

Jonathan Ferrell had been in a traffic accident and was knocking on a homeowner's door for help. He was unarmed. An attorney later described a video of the incident, which reportedly showed that when police officers approached Jonathan, he was holding his hands out in a non-threatening manner. The police officers never identified themselves. One of them fired 12 times, and 10 of those bullets hit him. Even as Jonathan lay on the ground, bleeding and dying from 10 gunshot wounds, the officers handcuffed him. Jonathan's dead body remained handcuffed all the way to the medical examiner's office.

Oscar Grant was on a subway train in Oakland when a police officer forced him out of the car and onto the subway platform. Oscar was lying down when a second police officer shot a bullet into his back. "You shot me! You shot me!" Oscar yelled before he died. That officer later testified that he meant to use his Taser on Oscar instead of his handgun. A court later ruled that the two had no legal reason to get Oscar — who was unarmed — off the train.

Kendrec McDade died after a man called Oscar Carillo made a phony 911 call, telling police officers that he had just been the victim of an armed robbery. He later admitted that he had lied about the guns. The two officers eventually found Kendrec in an alleyway. They began shooting after Kendrec apparently moved his hands to his waistband. But Kendrec didn't have a gun on him. All he had was a cellphone in his pocket. Court documents show that Kendrec's last words were, "Why did you shoot me?"

Final fact check: All 10 of these men were black.