These parents are doing it right by accepting their child for who he is. 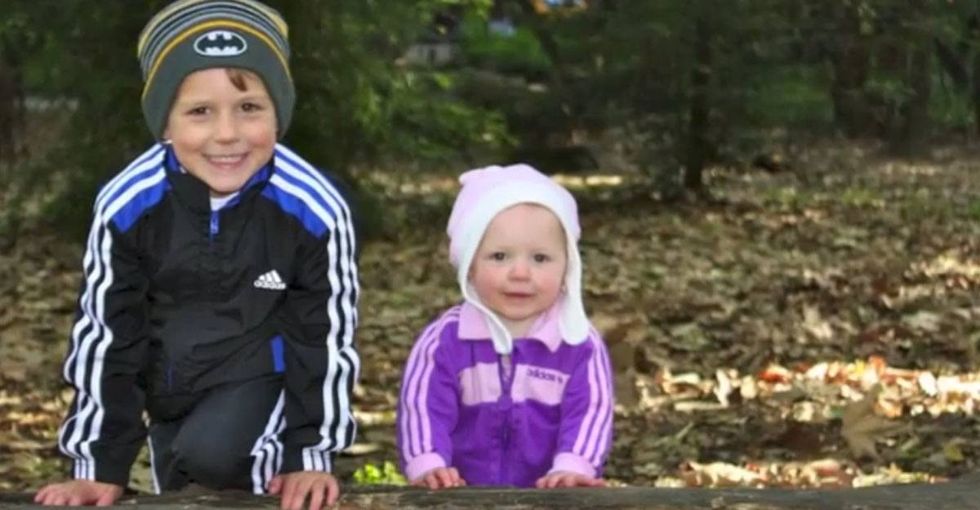 Parenting is about being the best mom or dad we can be to our kids. Sometimes it's simple. Other times, it might not be what we anticipated or imagined. But that doesn't really matter — because there's no straightforward manual for raising kids. And when we take on this gig, we're responsible for loving our children unconditionally.

Jeff and Hillary Whittington wanted to be parents.

They got pregnant and gave birth to a beautiful little girl. (Cuuuuute baby, right?!) They named her Ryland.

On Ryland's first birthday, they learned she was deaf.

Like any parents would be, Jeff and Hillary were sad when they learned the news because of the additional challenges Ryland would face. Ryland received cochlear implants and learned to speak and hear. Things were going well.

But Ryland needed them to know something else.

Ryland wanted everyone to know that she was a boy. Some people told Ryland's parents that it was "just a phase." But the thing about phases is that they end. Ryland's feelings and expression of them only got stronger.

Ryland's feelings were not a "phase."

Ryland was expressing who he was — a boy.

And the inability to be himself was too much to bear.

Shame is destructive and painful. And nobody — a child or an adult — should feel shame for who they are. Psychotherapist Ami B. Kaplan says: "Simply being different is enough for any child to develop some shame, but being different and getting messages from family, teachers, other kids and society that your difference is undesirable, less-than or something to be made fun of can create shame."

It wasn't a phase. It was Ryland's reality.

So Ryland's parents did what any good parent should do. They listened and learned.

Jeff and Hillary reached out for help from professionals, learned everything they could, and came to the only conclusion that existed: Their child was transgender. Ryland was born with female anatomy, but Ryland's brain identifies as male.

Studies show that 41% of transgender adults have attempted suicide. Take a minute to think about that number. It's nine times higher than the average attempted suicide rate. Here's what we need to know: "Suicide attempts were less common among transgender and gender-nonconforming people who said their family ties had remained strong after they came out."

Makes complete sense, right? If you can live as your authentic self without discrimination or abuse because of who you are, you're going to be a lot happier.

Ryland's parents took that to heart. They began Ryland's transition.

They cut his hair, and he began dressing and living as a boy. They began using the correct gender pronouns: him and he.

And Ryland was happy.

You know what? The people who mattered did the right thing.

Even if they'd lost all of their friends and family, I know the Whittingtons would have honored Ryland and supported him in his transition. But fortunately, they were surrounded by a lot of good people, and most accepted Ryland for who he was.

There are many tragedies that can happen to our children. This is not one.

Ryland is happy now that he gets to live as himself.

And there you have it. Parenting done right. When we become parents, we don't get to have our kids live out our ideal vision of who they'll be. We have to love and support them for who they are.

Ryland's parents made an amazing video from which I created this story. Please watch it. I promise it's incredible and moving and it shares a very important lesson.

Want to help educate others and also spread some feel-good love? You can share this!