He thought the seal might attack him. Instead, he got a winning picture and an even better story. 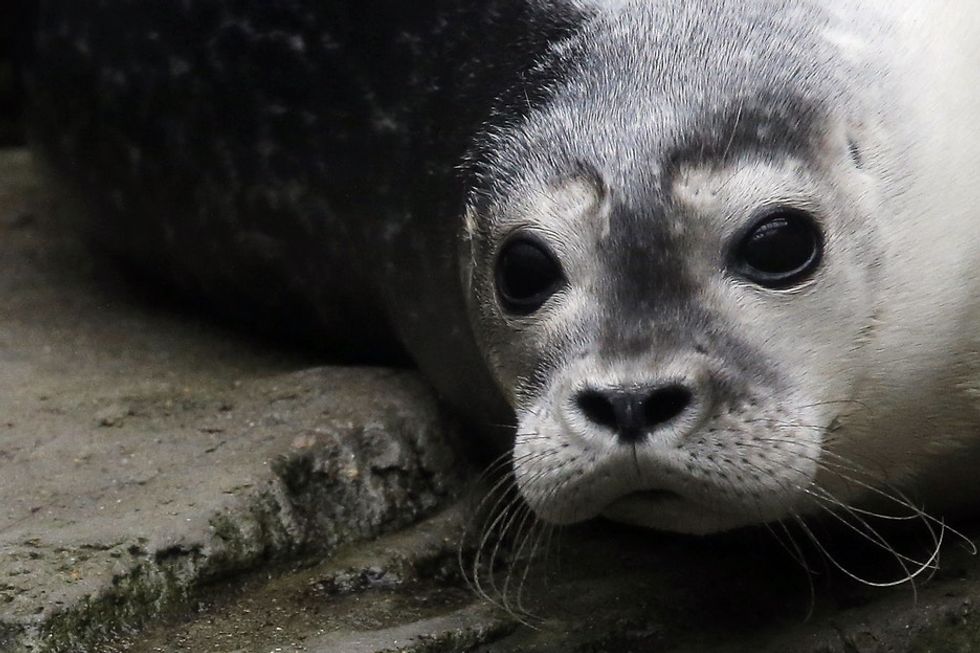 Paul Nicklen is a photographer for National Geographic.

You've probably seen some of his work before. He's known for some pretty amazing nature and wildlife photos.

Can you imagine all the places in the world you'd get to experience?

A few years ago, Paul was photographing leopard seals in Antarctica.

Leopard seals are huge — they can grow over 11 feet long — and are one of Antarctica's top predators.

Naturally, as soon as Paul saw one swimming near his boat, he hopped right into the water to get some photographs.

When Paul first approached the massive leopard seal, she put his entire head in her mouth.

In that moment, the seal easily could have killed him — and Paul thought she might.

But he stayed calm and waited, shaking, to see what would happen.

When Paul showed no threat to her, the seal seemed to begin to feel sorry for him.

Maybe she thought he was a helpless animal looking for food.

The seal brought him penguins to eat. But of course, Paul, being a non-penguin-eater, passively declined.

The seal seemed worried that Paul might starve to death, so she continued to bring him food for four days.

Here's a seal that knows nothing about humans, has likely never even met one before, yet somehow seems to care for one so deeply.

If only for a moment. No harm, no foul.

Hear the story from Paul himself: