Halsey gave a mic-dropping speech about a painful (and common) health issue. 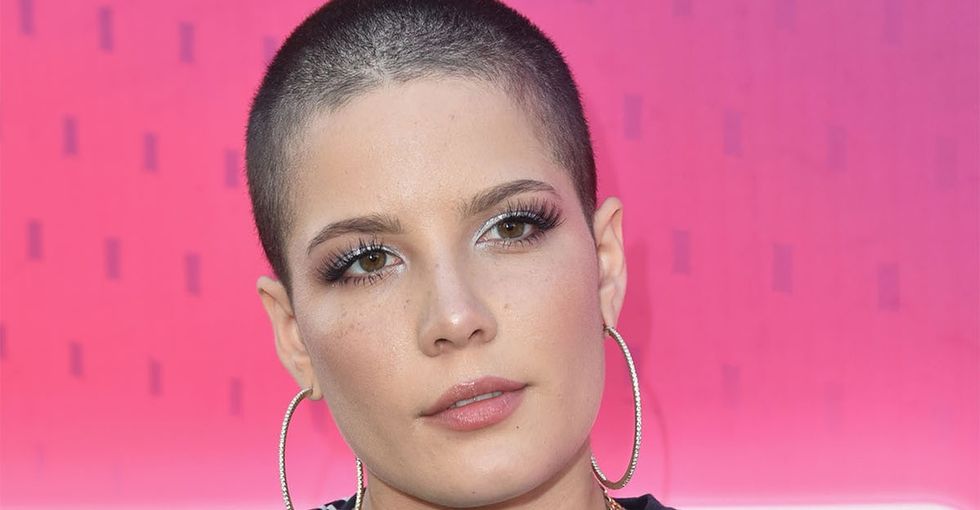 Singer-songwriter Halsey got very real about a little-known health condition in a heartwarming speech.

The 23-year-old artist spoke about living with endometriosis at the Endometriosis Foundation of America's ninth annual Blossom Ball on March 19, 2018, in New York City.

"I can't pretend anymore that just because I'm a pop artist and I'm touring that everything's perfect and everything's all good and my skin's always great and I'm fit and my outfits are always perfect," the artist said in her speech.

The singer discussed the challenges of dealing with the common and often painful disorder that affects roughly 1 in 10 women in the United States.

Despite how disruptive it can be, endometriosis is a complicated condition that often goes unrecognized, misdiagnosed, and mistreated. It occurs when tissue similar to the lining of the uterus (endometrium), is found in regions outside of the uterus or where the tissue should not be. Worldwide, 176 million people, typically between ages 25-35 are affected by the disease.

The illness has very real social, financial, and health implications for many people. Those who have it often experience long periods, a heavy menstrual flow, chronic fatigue, infertility, and pain during sexual intercourse.

With March being Endometriosis Awareness Month, Halsey's inspiring openness about the really challenging aspects of disease is helpful in raising awareness about the condition.

The singer even discussed the impact of the illness on her social life and self esteem.

"In the process of having everyone pick me apart and feeling so insecure, feeling less of a woman because I couldn't be intimate with my boyfriend, because I couldn't go out when my friends wanted me to, because I was dealing with digestion problems and bleeding problems and fainting and all of the other amazing things that come along with having endo[metriosis]," Halsey said. "It was really hard to feel like that confident, 20-something-year-old girl who wanted to get on the stage with her middle finger held high and make everyone sing along with her."

But Halsey made it clear that this illness won't get her down.

"[I'm] trying to normalize the conversation and say, 'It's okay to talk about reproductive illness, this doesn't make you weak, this makes you strong and you should be proud and vocal,'" she said. "And the more you talk about it, the more likely you're going to help one of your friends who might not know that they have it because they may be afraid of speaking about it, too."

Endometriosis may be difficult, but with more celebrities like Halsey speaking up, the lack of awareness could change.

Whoopi Golderg, Tia Mowry-Hardict, and Lena Dunham are just a few of the people who also have publicly opened up about having the condition. Halsey discussed the importance of visible people sharing their stories and how it's caused her to take charge of her own health. She noted that she recently decided to undergo procedures to mitigate some of the effects of endometriosis and vocalized the importance of speaking out and pushing researchers to find preventative measures that can mitigate the condition for people living with the illness.

"[These experiences] ... that give me hope," she said, "and make me proud to be sharing my story in knowing that because I'm talking about it, and because I'm not ashamed of it, and because I'm proud of it that more women are in this world, hopefully, can catch their diagnosis earlier, can wake up one day and realize that the pain they're living with is not normal. And that hopefully, they can live a pain free life."

Thanks to Halsey's honesty and the many others like her who are working to raise awareness, people with endometriosis can know they're not alone and that people are advocating for making life better for them all around the world.