Fourth grade was decades ago, but at least one student has not forgotten him.

It’s because of this teacher that I know that learning is one of the best things about being alive. 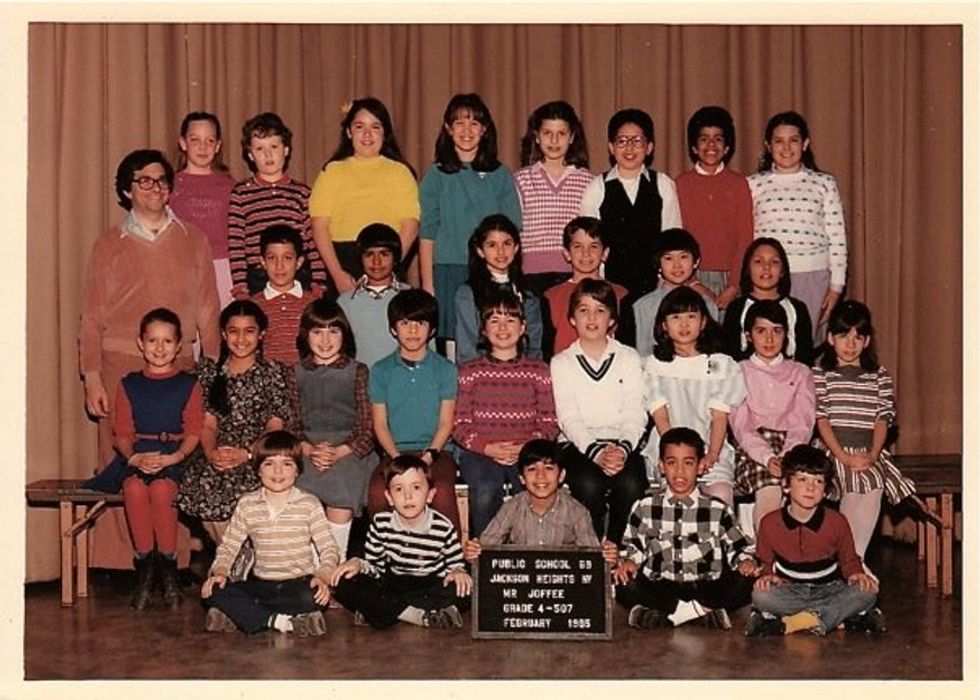 To him, I am probably long gone, lost in a distant sea of the thousands of students he led through the rough waters of institutional learning.

My face is one of many elementary school students that came and went while under his care in fourth grade. And to him, the story I tell might be familiar. It’s been so many years, and I know it might be hard to remember. But I will never forget that teacher.

It’s because of this teacher that I know that learning is one of the best things about being alive.

Learning was always an adventure in his fourth-grade classroom. He encouraged creativity and imagination.

And because of him, I have done the same for my three children. It was in his class that I read my first novel from cover to cover. And decades later, I bought that same book and read it with my son.

I know he doesn’t remember the last assignment I handed in, but I do.

I thought it was perfect. I hoped for a good grade. And one day after I put it on his desk, I also told him I was moving. I had only found out the night before.

He asked me why and for some reason I told him. I never told anyone else, but I stood there and told him the truth. I told him that my family was falling apart and my mother decided it was time to leave my father.

He told the rest of the class that it was free time, so they could talk and play.

He walked me out to the hallway. We talked for over an hour.

I don’t remember exactly what he said because it was so long ago.

But I remember that out in that dark and echoing hallway, for the first time in my life, I spoke freely. Standing in front of him, I somehow knew that I didn’t have to be afraid. He listened patiently and attentively. He made me feel important.

When I cried a little, he didn’t tell me to stop, he just waited until I wiped my tears and composed myself enough to speak again. Maybe he called me brave, because that was how I felt.

That was the last time I saw him.

The next day, we left my father.

We packed what would fit in suitcases. I said goodbye to all of my toys and stuffed animals. I looked at our bedroom for the last time. I glanced at the stack of picture albums that held images of the first nine years of my life, not knowing that those years would be nearly erased.

My mother mustered up all the bravery she could find and we left. We got in a car and drove far away.

Fourth grade was decades ago for me.

He might have grey or thinning hair by now. He might not have same bounce in his step or the same energy he had when he stood in front of me and the other students.

The glasses he wears might have a stronger prescription now, and he might be leaner or rounder. He may have retired from teaching or moved up and on to something else. He might be resting on his laurels after a long and challenging career.

But I hope that somehow he knows that he helped change the world for one little girl.

He gave me a glimmer of hope. He gifted me with a love of learning. I was freed from the burden of secrecy and fear because he encouraged me to speak.

I hope he realizes that his worth is far beyond the highest salary he has ever earned. He helped a fearful child find her voice. And I hope other teachers realize that one measure of patience or one conversation or one moment of compassion can save a student.

A teacher like him must have many students who say that their lives changed for the better because of him.

So I hope he never has moments when he wonders about his worth. I hope he never worries that he didn’t do enough. And I hope his heart and spirit are strong and keep him standing should life ever pull him down or make him think that his efforts were futile.

I hope he knows that his heart, his time, and his energy make him unforgettable to so many kids like me.