Retired police Capt. Peter Christ is about to make more sense about the War on Drugs than anyone you've ever heard in the past. His basic premise is that we need to legalize drugs, but if you're skeptical, just give him a few minutes to convince you. Highlights include a very honest answer to a commonly asked drug question at 0:54, the easiest question to answer about the War on Drugs at 4:48, the complete destruction of the biggest argument anti-drug advocates use at 7:23, using the Bible to prove the ineffectiveness of prohibition at 13:55, and a rapid-fire debunking of several myths all in one breath at 14:20. If you have to leave right now, just skip to 5:58 for the thesis statement in a single sentence. 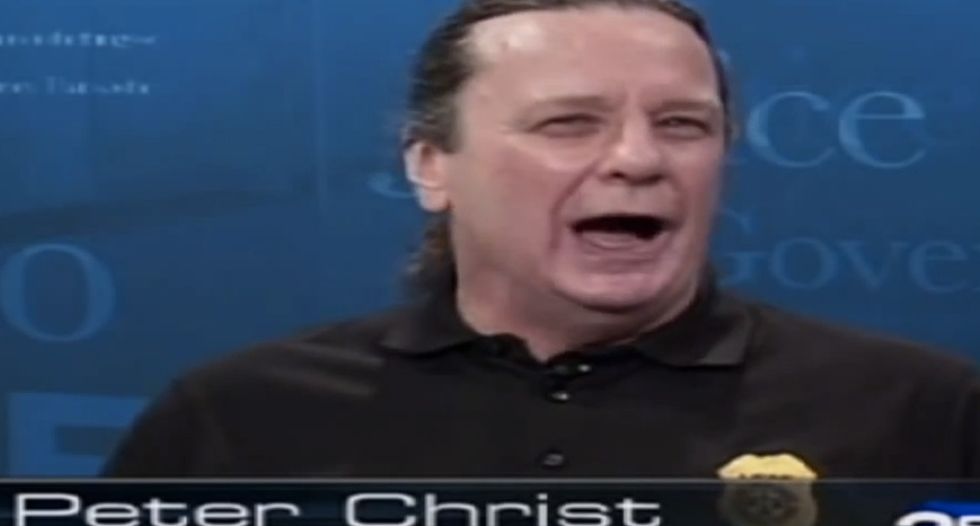 Dude throws down like a pro, right? Well, before we got too carried away from his enthusiasm and mad knowledge in stats and history, we checked out a few things for you.

There are drugs in every prison.

— Well, it's kinda hard to prove that there are totes drugs in every single prison, but there's some anecdotal data that suggests so.

Mississippi didn't end prohibition until around 1970.

— Most historians pinpoint the end of prohibition in Mississippi around 1966. Which is "around 1970," give or take.

— Our handy fact checker gnomes found that this number is actually lower! The CDC says about 79,000.

30,000 deaths per year from all drugs combined.

— This number is, unfortunately, higher. Sources put the number of deaths from legal prescription drugs and illegal drugs combined around 40,000 per year. Here's another source on that because we like you and also knowledge is power.

$70 billion per year is spent on the drug war.

— This one's a little tricky. Pretty much every source ever estimates a different number, but economist Allison Schrager estimates about $40 billion per year. Par-tay.

While childcare challenges facing women in the workplace have come under the spotlight during the pandemic, the issue isn't new. As one of the only nations in the world without guaranteed paid parental leave as well as one without broadly subsidized childcare, parents often have to weigh childcare costs with their earnings and make tough choices between work and family.

In academia, where graduate students are working toward a career but aren't fully into one yet, figuring out how to balance family and studies on a limited income is also a challenge, which is why one MIT professor's photo of an addition to his lab has people cheering.

Troy Littleton, professor of biology at MIT, shared a photo of a portable crib squeezed in between a desk and a cabinet and wrote: