Arnold Schwarzenegger is taking the oil companies to court with a brilliant lawsuit. 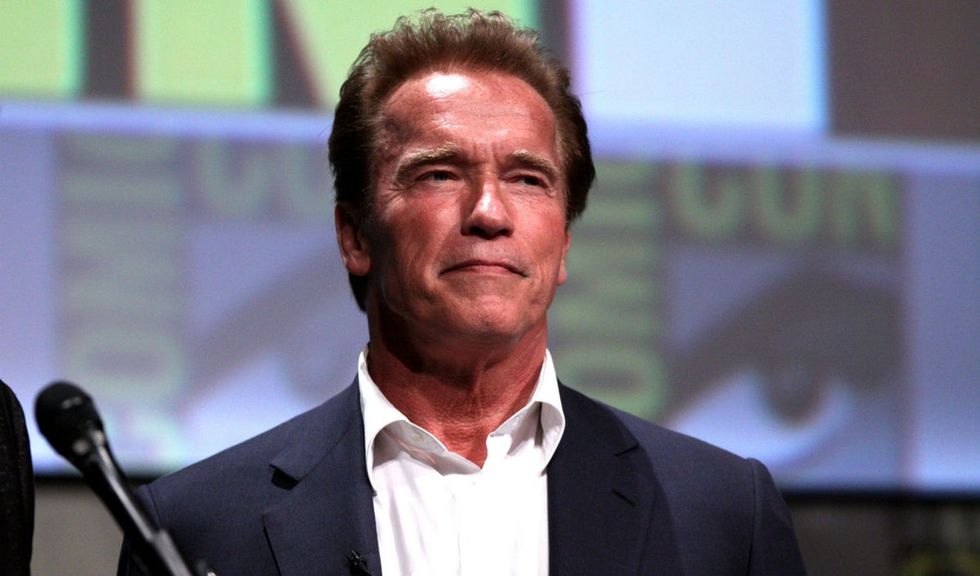 He may be an iconic action movie star, but Arnold Schwarzenegger's fight for the environment may soon eclipse his biggest box-office hits.

During his time as governor of California, Schwarzenegger demanded stronger environmental regulations. More recently, he took part in a vegan challenge with director James Cameron to bring attention to the environmental cost of the meat industry.

"This is no different from the smoking issue," Schwarzenegger said during a SXSW taping of Politico's "Off Message" podcast. "Eventually they were taken to court and had to pay hundreds of millions of dollars because of that."

Over the course of that conversation, Schwarzenegger pointed to documents that show that, much like with cigarettes, major oil companies have known for decades that their products were bad for the environment. And he said he's been consulting with a number of law firms to build momentum behind the idea.

And he's right: Fossil fuels are terrible for us and the environment.

It's not just air pollution. Every step in the process of obtaining and refining fossil fuels poses very real risks to the environment, to people, and to wildlife. Nearly 100,000 tons of methane were released in the air between 2015 and 2016 alone, and coal is estimated to cost more than $100 million in health costs annually in the U.S.

Schwarzenegger may be the "Terminator" — and a former governor. But he isn't perfect.

Schwarzenegger also used his talk to open up about his thoughts on the #MeToo movement. During his first run for governor, he was accused of groping women on set and was later revealed to have cheated on then-wife Maria Shriver with the couple's nanny.

"You've got to take those things seriously," he said. "You've got to look at it and say, 'I made mistakes. And I have to apologize.'"

Of course, when it comes to destroying our environment, a simple apology won't cut it. But Arnold is setting a good example of accountability here. He's willing to own up to his own past failings, and companies that have directly contributed to climate change and other environmental damage should do so as well.

Schwarzenegger knows that real change only happens when people get involved.

He plans to host an environmental conference in Vienna in May and hopes that by pursuing his potential lawsuit against the oil companies more people will feel inspired to take action in support of the environment. After all, he says, lives are at stake.

"If you walk into a room and you know you’re going to kill someone, it's first-degree murder," he said. "I think it's the same thing with the oil companies."