An 11-year-old ate a burger. It was fatal for him, but OK according to the FDA.

It's a four-letter practice the FDA lets food companies get away with. 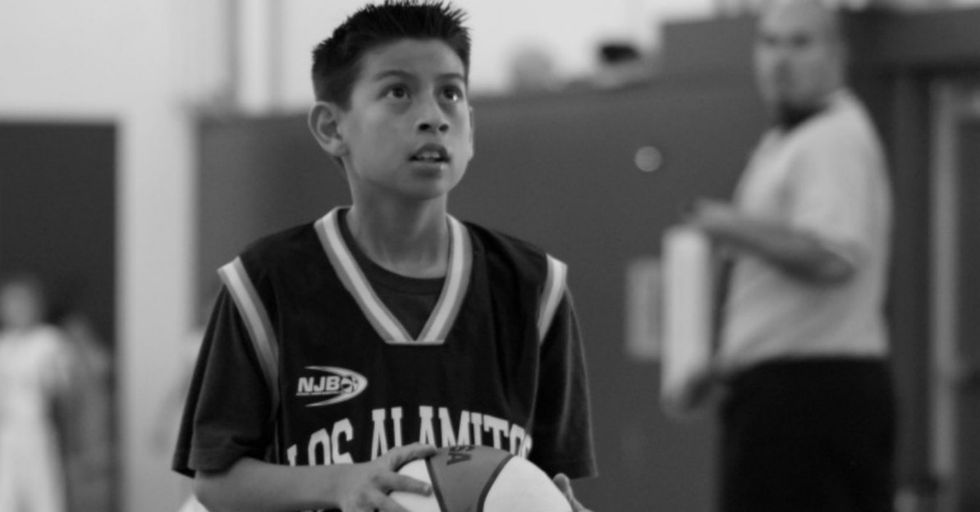 What is the Food and Drug Administration meant to do? According to them:

But there's a four-letter acronym that allows food companies to pretty much add what they want to foods without FDA interference. It's known as "GRAS" and refers to food additives "generally regarded as safe."

Horrifyingly, this practice has allegedly led to at least one death — that of 11-year-old Miles Bengco, whose story is featured after the video below. He thought he was eating just a burger, but his family didn't know it had an additive related to mold in it, something they otherwise would have avoided given his pre-existing respiratory problems.

But first, here's how the GRAS loophole works:

From the Center for Public Integrity's shocking report about food additives and the FDA:

One out of six ain't bad?

Five years ago, the Government Accountability Office said in a 70-page report about food additives that the "FDA's oversight process does not help ensure the safety of all new" food ingredients. The report criticized the fact that companies can deem new added ingredients to be "generally recognized as safe" without even telling the FDA, leaving the agency in the dark about many ingredients that end up in foods and beverages.

The GAO recommended that the FDA take six actions to improve federal oversight of the GRAS system. Five years later, the agency has acted on just one of them.

Photo courtesy of the family of Miles Bengco.

He was just eating a burger with his family. What went wrong?

Here's the lawsuit's clear description of what happened to Miles (click to enlarge):

Because of the loophole that allows companies to fast-track their products to market without FDA approval of additives that are "generally recognized as safe" (which can sometimes simply mean no one has ever proven or tried to prove they weren't), Quorn Foods processed and sold burgers with mycoprotein (a mold derived from fungi). While most people can eat mycoprotein and be fine, people with pre-existing conditions like asthma won't tolerate it well. Predictably, the company is denying responsibility.

So, who should have been looking out for Miles Bengco? Didn't we all assume the FDA would be?

Much like with the lupin mentioned in the video — that's potentially dangerous to those with peanut allergies — it's way better for the FDA to have a chance to intervene and require clear labeling.

And who will be next to suffer the consequences?

Recently, a group of organizations that fight on behalf of consumers submitted an official comment to the FDA that implores them to fix the GRAS loophole. Will the FDA listen? It's a long shot, admittedly.

If only there was evidence that people bombarding governmental agencies to change something works!

Oh, wait ... remember that time John Oliver got loads of people to bug the FCC until they protected Net Neutrality? We could try to do the same thing by tweeting and writing the FDA!

If we all wanted to, we could tweet the FDA here or write them letters at this address about the importance of knowing what's in our foods. We could even tweet or retweet something like:

And THEN, we could all share this and urge our friends to do the same.

Wouldn't that be a better way for this story to end? ;)