Ahmed is a refugee. Harry was too. Their 2-minute video is heartbreaking. 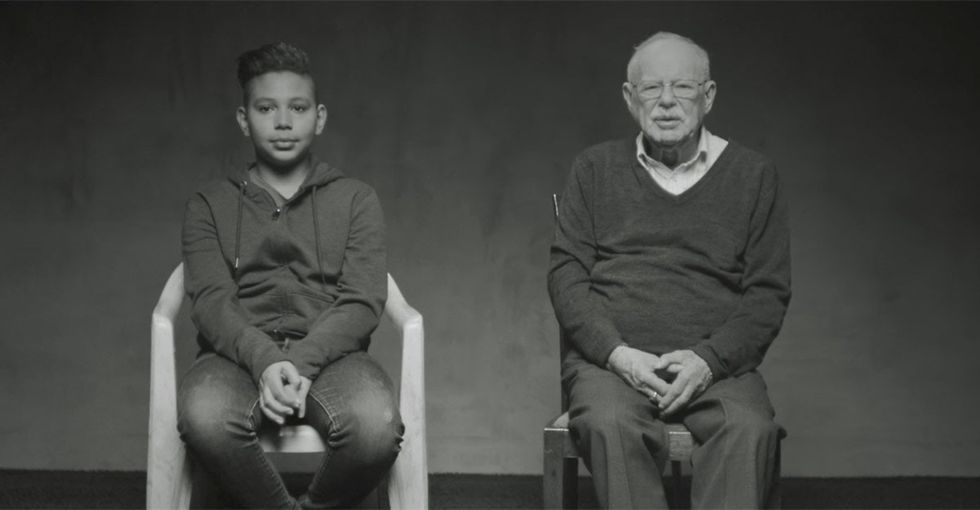 "It was a happy childhood, but I could feel what was happening around me," Harry begins.

He's an older man, looking directly into the camera. His face is solemn. There's a slight accent to his voice, which is heavy and somber.

"One morning, I woke up, the shops had been ransacked, all the windows were smashed and my school had been burned," he continues. A haunting, black-and-white image of a burning building plays next to him.

Then Ahmed, a young boy, picks up the story.

"The sound was so loud. The whole house was shaking. It was really close," Ahmed says. He describes people running, people screaming.

The viewer might believe they are describing the same event. That's why it's heartbreaking to realize their experiences are 70 years apart.

Harry was a child refugee in World War II, and Ahmed fled Syria. The video, a promotion from UNICEF, highlights the terrible commonality between their experiences.

Since 2011, over 5 million people have fled the Syrian civil war, according to the United Nations Refugee Agency. Millions more are still trapped within the country, and many of the affected are children like Ahmed. According to UNICEF, there may be nearly 50 million child refugees fleeing conflicts around the world.

As the video continues, Ahmed and Harry trade off the narration, describing their eerily similar experiences of leaving home and family behind. When Harry tells the camera how his mom promised they'd meet again soon, you can hear a quiver in his voice.

Both eventually made it to safety, but not everyone they travelled with or left behind did.

Each conflict is its own horrible tragedy, but the effect on civilians and refugees is painfully familiar.

It's tempting to imagine ourselves back in World War II and ask ourselves what we would have done. 70 years from now, our children might be doing the same thing.

If you want to help out, consider donating to aid organizations or writing to your congressional representative about the need to provide aid and shelter to refugees.